(BRIGHAM CITY, Utah) — Wearing dress shirts, ties and name tags, three missionaries with The Church of Jesus Christ of Latter-day Saints sit around the kitchen table inside a Utah apartment planning how they’ll spread their gospel that day.

Seth Rather, a 19-year-old from Wichita, Kansas, reads aloud as he types on a smartphone: “During this time, we must put our faith in God to deliver us through these unprecedented times. How has putting your faith in God helped you in your life?

“That good?” he asks his two companions.

“I like it,” Andrew Zitting responds. Guenter Castrillo nods.

This is what missionary work looks like during the coronavirus pandemic, which has forced the Utah-based faith widely known as the Mormon church to accelerate its online outreach.

Read more: ‘It’s Like a Lifeline.’ How Religious Leaders Are Helping People Stay Connected in a Time of Isolation

After hastily bringing home more than 26,000 young people from overseas missions aimed at recruiting new members, the church has begun sending many of them out again in their home countries with a new focus on online work that may persist even after the pandemic, officials told The Associated Press. 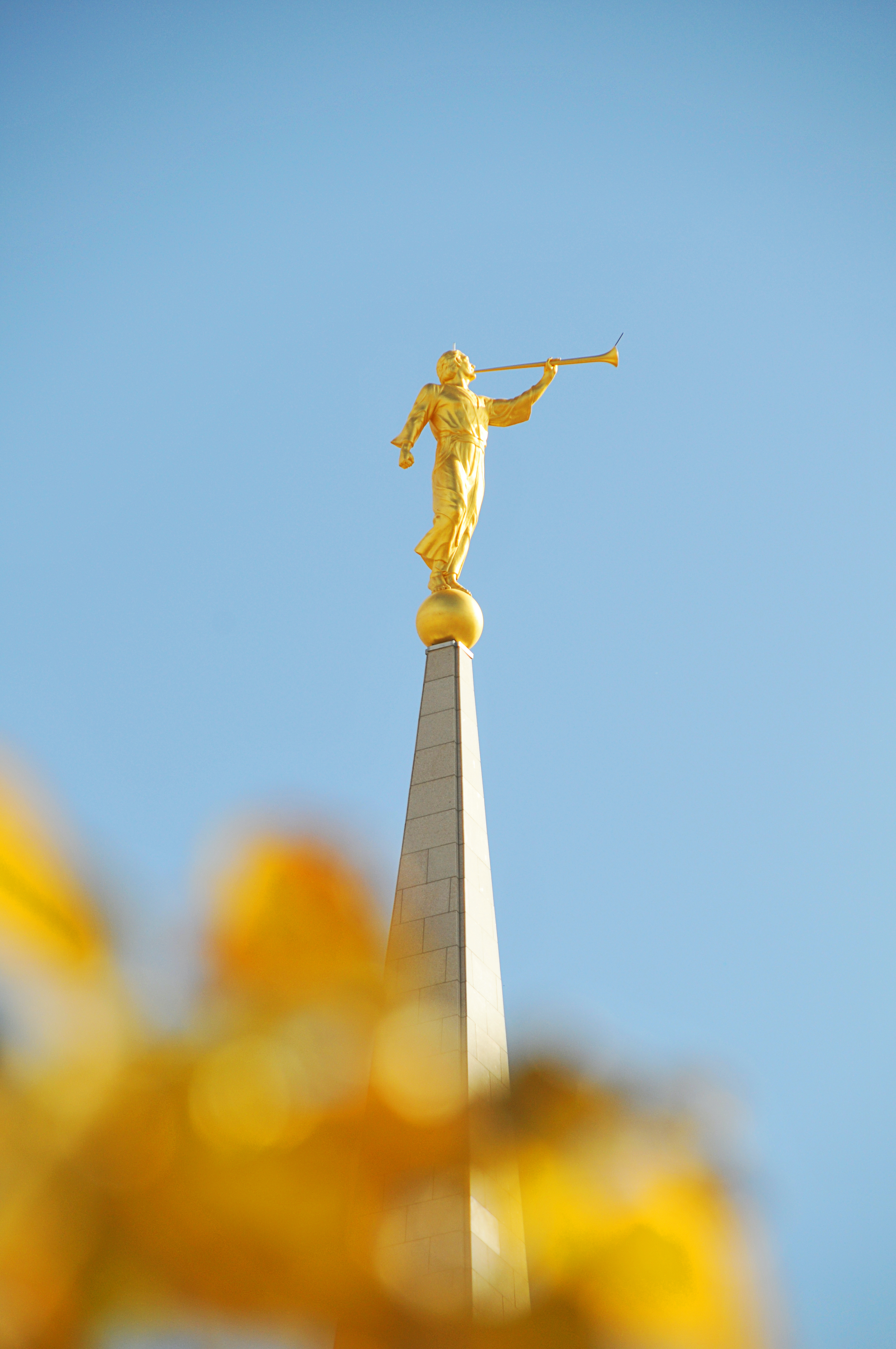 A shot of the Angel Moroni statue atop the Spire of The Oquirrh Mountain Utah Temple.

“The leaders of our church have been asking us: What are we learning from this pandemic that will help us become better, become more efficient,” said Brent H. Nielson, executive director of the church’s missionary department. “We’ve learned that finding people, teaching people online is much more effective than trying to meet people in person on a bus or on a street corner or somewhere else. This will change what we do, I think, forever.”

Missionary work has changed drastically for young people like Rather and Castrillo, who had spent long days walking through the streets in the Philippines to spread the word of their faith before the pandemic hit. Now, they hardly leave a ground-level apartment in the small town of Brigham City in northern Utah.

After sending the Facebook post recently, they knelt for a prayer and then dialed in to a Zoom call with a family. A similar scene is playing out worldwide as reassigned missionaries navigate new realities.

In Orlando, Florida, Bella McCain and Madison King hold a WhatsApp video call with a family they have been teaching church doctrine. They invite the family to take the sacrament for the first time and follow up on an earlier proposal: forgo coffee, a key part of the faith’s health code, which also bans alcohol and tobacco.

The husband and wife had different outcomes: She says she found it difficult but would like to work on it. He says he’d given it up.

On Facebook, McCain and King craft a message in Portuguese, the language they learned for their original assignments in Brazil. They also text people asking to set up a call to talk about the church. 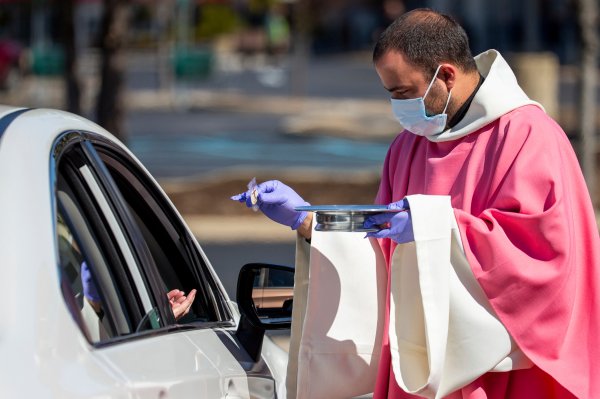 It’s a far cry from just months ago. In Brazil, McCain had one of those “little brick phones” and largely spoke to people face to face.

“Sometimes we feel like pioneers,” said McCain, a 19-year-old from Texas. “We’re not used to using social media in this way and, like, I never made videos and posted them online before. … We’re all learning, and it’s really interesting and really fun.”

Read more: Mapping the Spread of the Coronavirus Outbreak Around the U.S. and the World

The church began incorporating online faith outreach when it gave some missionaries tablets six years ago. It’s since made technology more prevalent, giving most missionaries smartphones even before the pandemic, Nielson said.

A more online-based approach would be a major shift and could diminish the appeal for some young church members who crave an enriching cultural experience, said Ryan Cragun, a sociology professor at the University of Tampa who specializes in religion and The Church of Jesus Christ of Latter-day Saints. The time in the community also breaks up the drudgery of being alone with a fellow missionary, said Cragun, a former church member who served a mission in Costa Rica.

“There’s this quasi-tourist experience of going to these cool places, but there is also the connection you get to the people,” Cragun said. “That’s probably one of the more meaningful things that happens to them.”

McCain said she sees an opportunity to use online tools to reach more people. Still, “we would love to go and be able to teach in people’s houses.” She and King went to the home of the family they have been teaching to share the sacrament, while social distancing.

“Finding and teaching people online is really effective,” Nielson said, “but we also think there’s a personal touch, too, of meeting people” and having them come to church when things open up more.

The virus forced church officials to scramble for flights to get missionaries home from far-flung countries like Ethiopia, Australia and Vietnam. But Nielson said the church never wavered in keeping the missionary program going.

It shows the importance the church places on sharing its gospel and giving young people the chance to fulfill an important rite of passage.

About 5,000 missionaries who were brought home have been sent out again in the United States. Thousands more are heading out soon. The church gave them the option to wait a year, but the large majority chose to start again now, Nielson said.

Missions, which last two years for men and 18 months for women, are as much about locking in young church members for life as converting others, Cragun said. The average number of people converted per missionary has risen slightly in the last three years, to 3.7, but is still less than the average of five in the previous decade, church figures show.

Nielson said the pandemic has made people hungry for the missionaries’ message of hope.