(TEHRAN, Iran) — Iran suspended the execution of three young men who participated in a November protest after the country’s Supreme Court decided to review their case, state TV reported on Sunday.

An appeals court had upheld their death sentence over leading riots, committing robbery and sending video of their activities to foreign media. But lawyers for the three expressed hope that a new review of the case would lead to a “nullification” of the death sentence.

If the Supreme Court agrees, Iranian law allows those convicted to appeal again even after an appeals court has upheld the original verdict.

The death sentence identifies the three as Amir Hossein Moradi, Mohammad Rajabi and Saeed Tamjidi. Their case has prompted an outcry in the country and a popular hashtag for stopping the implementation of their death sentence topped Iran’s Twitter trends and had been retweeted more than 4 million times.

Protests swept across the country last November fueled by anger over the country’s anemic economy. Amnesty International reported that at least 300 people were killed in the unrest, many shot dead by security forces, and thousands were detained. 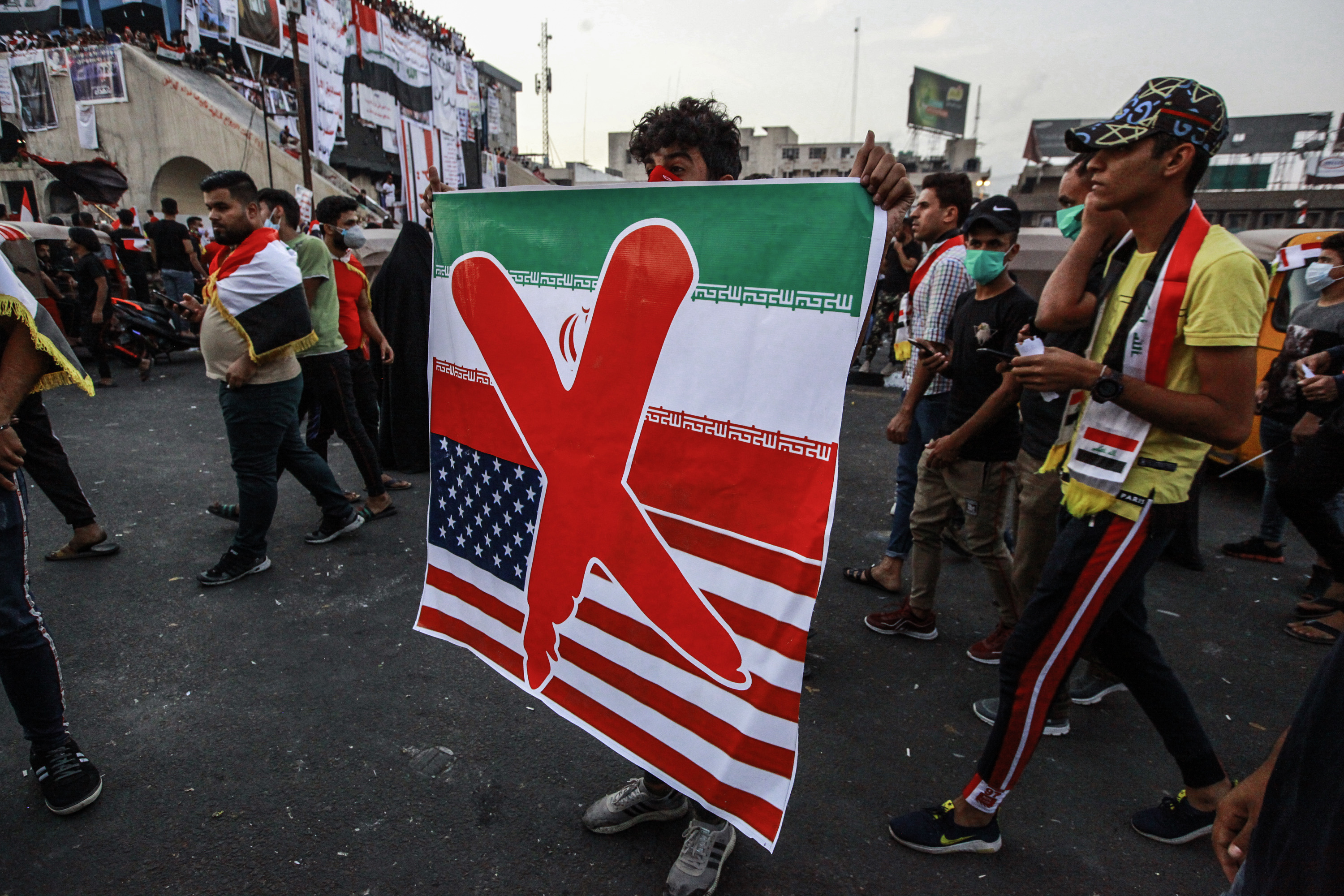 03 November 2019, Iraq, Baghdad: A protester holds a banner against the US and Iran during an anti-government protest near Tahrir Square. Photo by: Ameer Al Mohammedaw/picture-alliance/dpa/AP Images

The demonstrations showed the widespread economic discontent gripping Iran since May 2018, when President Donald Trump imposed crushing sanctions after unilaterally withdrawing the United States from the nuclear deal that Tehran struck with world powers. That decision led to Iran beginning to break limits of the deal, as well as a series of attacks across the Mideast that America has blamed on Tehran.