In 2020, a “top 3 biggest pet peeves” TikTok created by a marketing company without a website can land a former high school football player a record deal. “Psycho!” is just the fifth track ever released by the 19-year-old Mason Rupper, a Salt Lake City, Utah native who began writing songs only after a broken collar bone took him off the football field. Last summer, “Pyscho!” — embittered and dead-eyed, but rousing — started to gain popularity in gaming videos, earning around 100,000 streams a day, and labels began messaging MASN.

But “Psycho!” still wasn’t on TikTok. The responsibility for the single’s launch on the app fell to Against the Grain (ATG), a marketing and management company that had made contact with MASN earlier in 2019. ATG came up with several ideas for TikTok videos; the winning concept featured teens listing things that annoyed them and gleefully miming, “I just might go psycho!” The theme was easily replicable, and everyone loves to complain; soon “Pyscho!” was bringing in more than a million streams in a single day. At the end of February, after a whirlwind month fielding competing offers from various major labels, MASN signed a deal with RCA.

Companies like ATG are becoming increasingly influential in a music industry that depends on digital platforms — more than ever, during a pandemic — to reach fans. TikTok evolves from day to day, if not hour to hour; keeping tabs on key influencers, keeping up with trends on the platform, and identifying them before the competition is a full-time job. And that’s just one digital space — someone needs to play around with Instagram’s new Reels app, monitor Triller, and connect with the YouTube gaming community. Labels turn to ATG or other third-party specialists, like 740 Project and Creed Media, for help.

“They’re like startups — they can move a little quicker and be within the artist community,” says Connor Lawrence, chief marketing officer for the music analytics company Indify. “They’re really great at owning the pipelines to fans, especially at the early stage of an artist’s career.”

As a result, ATG is in high demand — in March alone, it ran around 160 digital marketing campaigns for labels and artists. And by combining management with its digital expertise, ATG can be an effective engine for artist growth before any labels get involved. More marketing specialists are beginning to replicate this model, building out management or label services so they can help with all aspects of a prospective artist’s career.

“Every manager, including us, thinks well, the label’s doing what they’re doing, but they could always be doing more,” explains Omid Noori, who founded ATG with Ramzi Najdawi. “We’re better able to help artists if what we’re doing on the exposure side is met with proper management to capitalize on the moments we help create.”

these are DEFINITELY my top 3 biggest pet peeves

160 campaigns a month is a long way from where ATG started out: When Najdawi left a steady gig in private equity to join Noori in the volatile world of music marketing full time in 2018, the company ran about 30 campaigns in a good month. The two men had been friends since high school, the only music-heads in their circle. They ran ATG out of Noori’s parent’s guest bedroom.

“We were dubbing songs over sports clips, hitting up influencers, going from beauty to dance to comedy,” Noori recalls. “That was the most fun time.”

The first ATG campaign to earn notice outside of the music industry was promoting Rich the Kid’s “New Freezer.” Noori found a meme, “these kids whipping their heads back and forth,” hitched it to the song, and paid a prominent hip-hop channel on YouTube $500 to post it. The meme got picked up by stars like Snoop Dogg; Rich the Kid then labeled it “the New Freezer challenge;” and fans started imitating the dance. The song eventually went double platinum.

This combination of strategy and happenstance is a hallmark of modern digital marketing. “I should probably say I thought it was a challenge, and I’m a genius; that’s not the truth,” Noori says. But once the New Freezer challenge showed some stickiness, ATG was able to spread it far and wide. “You have to be able to react fast, put something in front of enough people quickly, and see what works,” Noori adds. 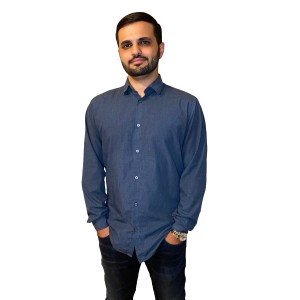 Noori and co. succeeded in creating more viral moments around Rich the Kid’s next single, “Plug Walk.” This was a more old-fashioned stunt: The rapper crashed unsuspecting classrooms at the University of Southern California, played his single, and danced on the table. “We were at a studio in Burbank and we just drove to USC without much of a plan,” Noori recalls. “We went with no permission except one campus rep was like, ‘these are the classrooms that have business-y students.’ Rich came in and was throwing papers in the air. That video went crazy on TMZ; most of that was filmed on my iPhone.”

ATG expanded into management for the first time in 2018, taking on Neffex, a duo whose amalgamation of pedal-to-the-metal styles — bruising hip-hop, high-octane rock, battering electronics — makes them tricky to pin down. “We just wanted [Noori] to do marketing for us; that’s what we were really struggling with,” explains Neffex’s Bryce Savage.

At the time, the group was nearly a year into a brutal, exhausting project — recording and releasing a new song every week. “We were plugging away with no end in sight,” Savage says. “Being a marketing guy, Omid was like, ‘a good pitch would be 100 songs in 100 weeks.’”

Noori’s role gradually expanded — in addition to running ads he helped Neffex organize their deluge of music into themed albums. “He wore a lot of different hats, so after three or four months we brought him on full time,” Savage says. Noori now co-manages the group with Ryan Sullivan, and the 100-song data-dump paid dividends: The duo has accumulated over two billion streams across all platforms and recently earned a deal with 12Tone Music.

While putting out a song a week for nearly two years seems like an absurd feat of productivity, many modern artists are required to work at a similarly frantic pace. Spotify’s Daniel Ek recently made headlines saying that artists can’t “record music once every three to four years and think that’s going to be enough.” “We believe in a song a month every month if you can — no more than six weeks without a new song coming out,” Noori notes. “The attention span on a song has shortened down so much. Between this New Music Friday and next, I forgot about a song. If something connects and reacts, double down on it.” 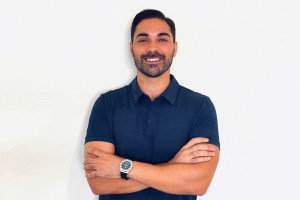 And often it takes a long time for something to connect — Noori and Najdawi caution that the “Psycho!” situation is unusual. “Don’t ever think we can do that 100% of the time,” Noori says. “Every three to six months it’s almost a 180 on what’s working” on any given platform.

Still, labels and managers keep calling — ATG has worked on TikTok campaigns for BMW Kenny’s “Wipe It Down,” 88Glam’s “Lil Boat,” and Saweetie’s “Tap In,” all of which earned more than a million videos on the app.

What’s the key to a good TikTok campaign? “If someone’s like, ‘holy shit, that’s great, who did it,’” Noori continues, “that’s what we pride ourselves on.”