The TAG Heuer Carrera connects the brand’s Past, Present and Future

The TAG Heuer Carrera connects the brand’s Past, Present and Future 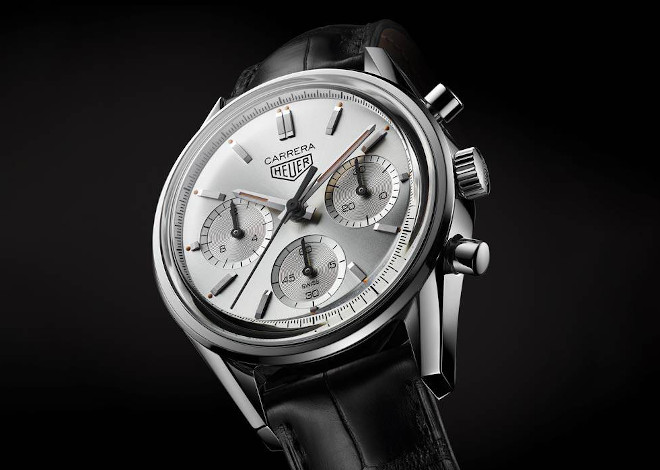 Launched in 1963, the legacy of the Carrera Chronograph is a story which mirrors the provenance of TAG Heuer itself. While its dominance in popular culture (like when adorning the wrists of men like Chris Hemsworth) might suggest its singular existence in the chronograph collections of the brand, there were, of course, other Heuer Chronographs before the Carrera. How the Carrera Chronograph game to occupy the time-measurement and racing zeitgeist came as a direct result of the return of Jack Heuer to Switzerland from the US in 1962.

We decided in the fall of 1962 to start a new series with the name Carrera, a name that I had just loved and discovered in January 62 and the first Carrera was launched at the Basel Fair in spring 1963. – The Times of My Life, an autobiography by Jack Heuer 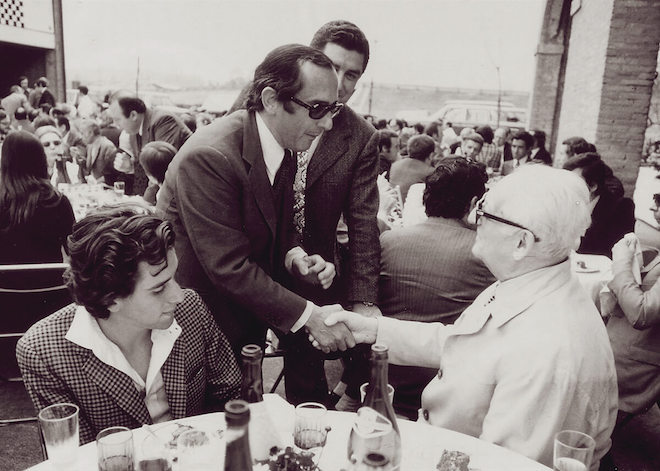 Enzo Ferrari (seated) being greeted by Jack Heuer in 1974 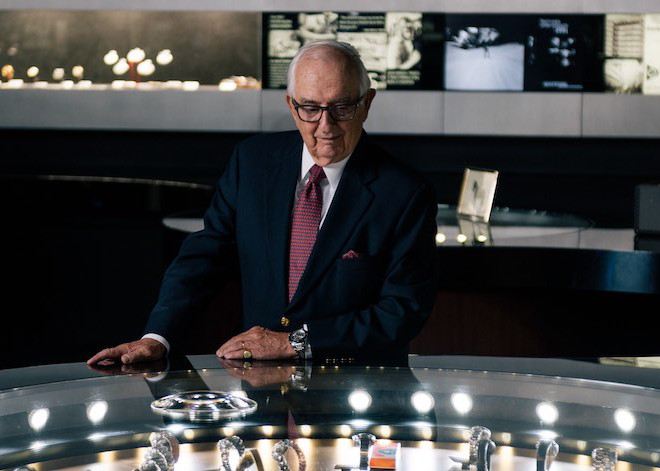 An amateur race-car driver himself, Jack Heuer’s experiences likely predisposed him with a desire to launch a re-designed chronograph based on his impressions and interactions with existing time measurement devices of the era. It was in January 1962 at the 12 Hours Race at Sebring, Florida where he would hear that fortuitous name – Carrera.

Spending time in the Ferrari pits, Heuer had gotten to know the Rodriguez family. Parents of a pair of racing brothers had confided in Heuer that they were blessed their boys, Pedro and Ricardo were only 21 and 19 because had they been born earlier, they would be in the Carrera Panamericana Mexico, the most dangerous cross country race rather than at the safer Sebring which used a decommissioned US Army Airforce base. The Spanish word had so enamoured the youthful Heuer that he rushed to register “Heuer Carrera” as soon as he returned to his homeland. 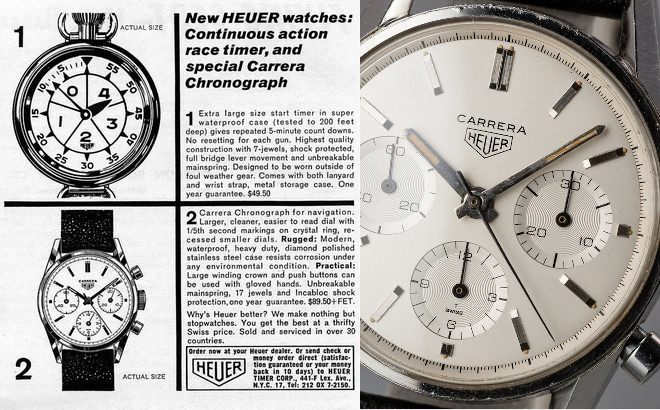 Built upon the racing heritage of the Autavia, the Carrera has become a classic chronograph in its own right. Shaped by his love for clean lines and fluid shapes (as evidenced by Heuer’s out-of-place designer furnishings from Le Courbusier and Charles Eames in shabby Zurich student accommodations), Heuer considered that the chronographs of the era, cluttered with spiral scale telemeters made their dials difficult to read. So what Heuer had envisioned was a clean, clear design. As a result, the first generation models are defined by their light proportions- a simple 36mm steel case with balanced and easy-to-read dials.

The first generation Carrera introduced in 1963 what we consider today as the classic Carrera style: a simple stainless steel case with elegantly shaped lugs. What set the Carrera apart from other chronographs before its arrival was a dial stripped off extraneous detail. As a result of more space, legibility not only improved, but it birthed an era of minimalist aesthetics that would bring Carrera’s unmistakable design language to the fore. 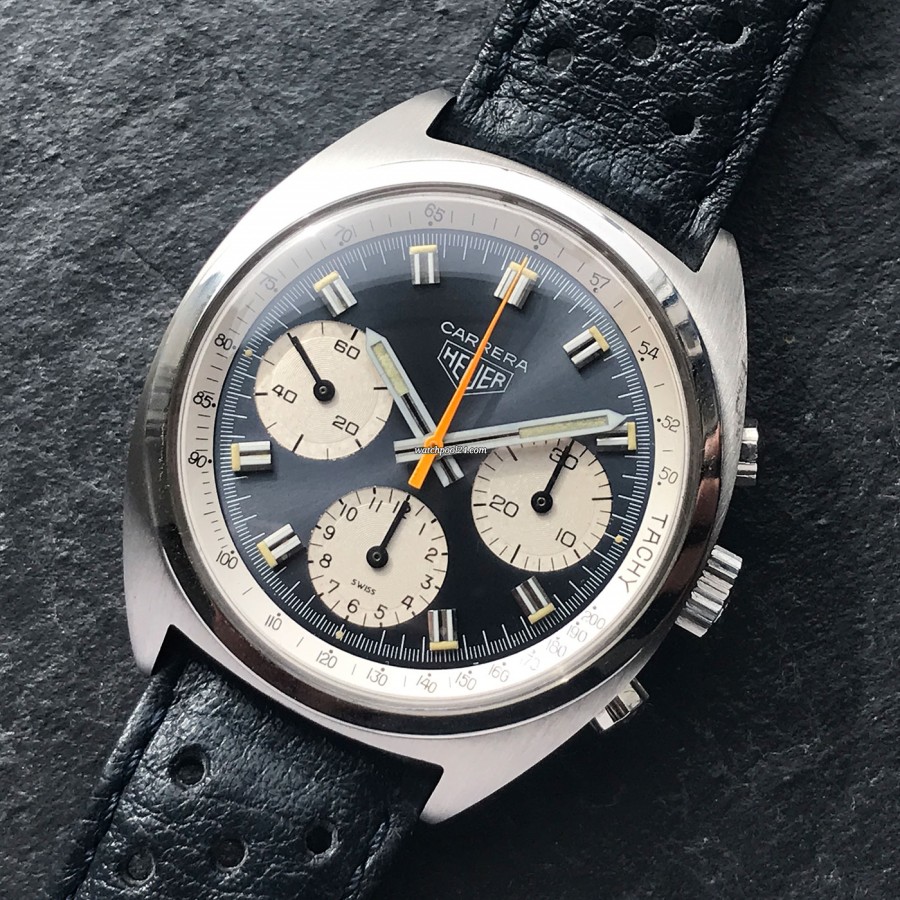 The second generation, an era which began in 1969 and ended in 1978, represents the Carrera at its zenith. As the 70s drew to a close, so too did production of Heuer’s mechanical movements- victims of the Quartz Crisis. For veteran watch collectors, it was also an era which marked a departure from the case shape we know and love today as the third generation heralded the arrival of “Barrel” case Carreras.

Sadly, the Carrera name was phased out entirely after Jack Heuer departed Heuer SA in 1982 when a group of investors that included Piaget and Nouvelle Lemania, acquired the family owned brand and eventually, the brand itself came to be owned by investment house Techniques d’Avant Garde (TAG). Though the ensuing new direction of low cost watches pursued by its new owners retired the reference, fervour for the Carrera remained. So much so that it was re-introduced in a contemporary incarnation with its original first generation case design and unforgettable lugs. 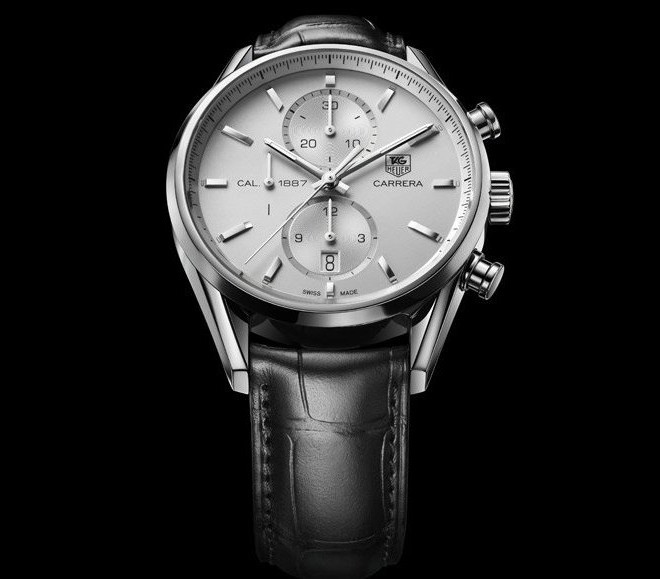 Though the Carrera of the 20th century reintroduced the world to the first generation lugs, midcase, pushers and aesthetics of the original Carrera, the dial layout followed the 12, 9, 6 configuration instead of the 3, 6, 9.

A New Carrera Chronograph for the Age

It is a testament to Jack Heuer’s vision that the case that we regard today as the classic Carrera style was only made for six years, from the first model in 1963 to the birth of the automatic Carrera chronograph of 1969. Hence, in anticipation of TAG Heuer’s160th birthday, the arrival of a new flagship for this era once again adopts a familiar, much beloved form and design: a new 2020 Carrera Chronograph that walks in the footsteps its celebrated forebears, but never re-treads it.

For veteran collectors with a passing recollection of vintage Heuer Carreras, the aesthetics are similar enough to pass, at least from a glance, as hereditary descendants of the original but for newcomers, it’s a great chance to understand the origins of the “OG” Carrera as well as see how the model developed over the decades. Suffice it to say, the new 2020 TAG Heuer Carrera Chronograph is a product of its age – sufficiently modern, reflecting its contemporary aesthetics while remaining remarkably respectful of its heritage that it doesn’t come across to cynics as “yet another re-issue”.

Available in opaline black or sunray brushed blue, anthracite and silver, the dial features “azurage” subdials at 3 and 9 o’clock and a running small-second counter at 6 o’clock above a discreet date window, the new TAG Heuer Carrera Chronograph is a welcome return to the design language pioneered by Mr. Heuer himself. Also returning is the use of sunken registers, which vintage 60s catalogue describes as “revolutionary 3-dimensional dial reading”, for our modern eyes, the lineage of modern design which broke from traditional chronograph styles of the day, is what gave the Carrera its iconic, avant garde appearance over 50 years ago.

The elegant sophistication of this reinterpreted TAG Heuer Carrera, its sleek stainless-steel bezel designed without a tachymeter scale is a true descendant of that unforgettable silver-dial Heuer Carrera originally launched in 1963. The models with black and blue dials are presented on a streamlined H-shaped stainless-steel bracelet. The angles of the outer and inner links are rounded for a more fluid appearance and the bracelet is thinner for improved comfort. The bicoloured version with a silver-coloured dial and rose-gold-plated hands and the model with a deep anthracite dial are paired with a handsome brown alligator leather strap. The screw-down sapphire caseback provides a fascinating view of the innovative movement inside, made even more exclusive by its rose-gold-coloured oscillating mass.

The Carrera is perhaps the most famous reference ever made – a chronograph that sums up the Heuer brand and stands as the link connecting the past, present and future of TAG Heuer. 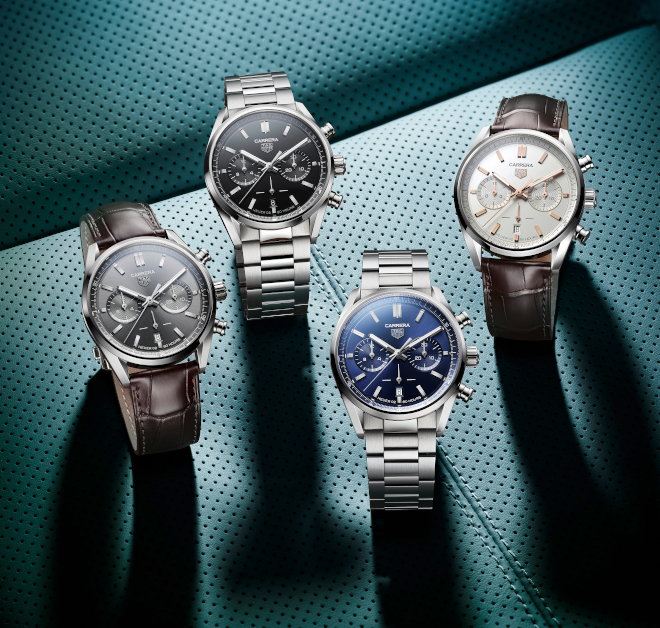