How Joe Biden Can Start Fixing Relations With China

How Joe Biden Can Start Fixing Relations With China

by admin
in China, Entertainment, overnight
0

President-elect Joe Biden is heading for the White House. A litany of domestic crises will crowd his in-tray, but when he is able to mull foreign policy it’s relations with China that will require immediate attention.

The world’s number two economy, and America’s top trade partner, was cast as a boogeyman by the Trump administration, which blamed the ruling Chinese Communist Party (CCP) for the coronavirus pandemic, the trade deficit, IP theft, opioid addiction, spying, military aggression and much more besides.

Many issues will remain hotly contested, and some Biden might target more severely—such as a human-rights abuses in western Xinjiang province and the erosion of freedoms in semi-autonomous Hong Kong. But trillions of dollars, and global stability, hinge on the estranged superpowers finding common ground wherever possible.

“China and the United States are competitors, of course, but competition in itself should not be viewed as a destructive force,” says Victor Gao, a Chinese expert on international relations who served as translator to reformist leader Deng Xiaoping. “Competition can actually bring also good things for both countries and for mankind as a whole.”

1. The U.S. and China need to start talking

Biden lambasted Chinese President Xi Jinping as a “thug” on the stump but he has previously boasted of having spent “more time in private meetings” with Xi “than any world leader,” amounting of “25 hours of private dinners.” Xi, in turn, lauded Biden as “my old friend” in 2013—gushing praise in CCP-speak.

Cordiality is sorely needed. Communication channels between U.S. and Chinese officials are currently “zippo,” according to one top U.S. diplomat, while China’s ambassador to the U.S., Cui Tiankai, has been completely frozen out of discussions with even junior Trump administration officials.

This is dangerous on many levels—not least because it creates a lack of a de-escalation mechanisms, should there be an accident, or miscalculation, between each nation’s navies in the contested South China Sea, where Beijing and Washington have been ramping up military drills and freedom-of-navigation sorties respectively.

An early first summit between Biden and Xi will help set the tone for relations. Biden’s easiest win may simply be the fact that he is not his predecessor. “Trump is fundamentally a person without decency, and you cannot have a friend without decency,” says Gao. “Biden is a person with decency—that’s very, very important.”

2. Calling a truce in the U.S.-China trade war

Trump focused on reducing America’s $345.6 billon trade deficit with China, but it actually grew during his tenure. It also provided an excuse for Xi—a self-proclaimed (albeit reluctant) free-market globalist—to chart a more domestic course.

Last week, Xi published the rationale behind his so-called Dual Circulation Strategy (DCS), which aims to maintain China’s export economy while bolstering domestic consumption through state assistance to local firms. “[As] anti-globalization has intensified, some countries have practiced unilateralism and protectionism,” Xi said. “Under such circumstances, we must … rely more on the domestic market.”

A Biden administration can help torpedo these arguments by returning to rules-based, free-market trade relations. There are inklings of hope, even in areas that have long been a sticking point between China and its trading partners—such as access for foreign firms to the domestic market.

At a major CCP policy forum last month, China unveiled plans to rollback red tape on financial services, of which U.S. firms are market leaders. Although such reforms have been promised many times before, bankers tell TIME that the new proposals are more tangible. Such concessions can be built upon by a determined White House. 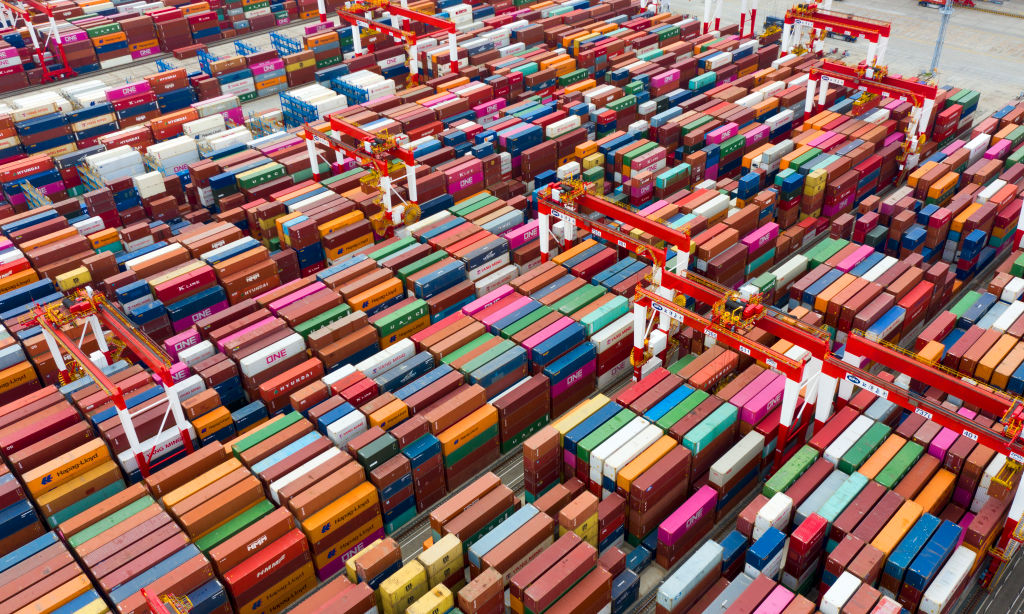 The space for collaboration between the U.S. and China shrank precipitously over Trump’s tenure. The most obvious area for Biden to look for common ground would be climate change, which Trump lambasted as a “hoax,” withdrawing the U.S. from the Paris Climate Accords and stripping back regulation on polluting industries.

“Biden has made clear that climate change will be a big part of his administration, but you can’t do anything on climate change unless you bring China with you,” says Prof. Nick Bisley, an Asia specialist at Australia’s La Trobe University.

China remains the world’s worst polluter but has recast itself in recent years as an environmental champion, unveiling ambitious new targets to reach peak carbon emissions by 2030 and be carbon neutral by 2060.

There are also opportunities to build consensus on issues like coronavirus vaccine development, education, cultural ties, nuclear proliferation, trade and investment. Despite the pandemic and the specter of economic decoupling, Chinese firms are also heading for a record number of IPOs in the U.S. this year. Given the turmoil roiling the U.S., picking more fights with Beijing is unlikely to feature high on Biden agenda.

“Biden’s China policy certainly has a hard edge to it,” says Prof. John Delury, an Asia expert at Yonsei University in Seoul. However, he adds, it will likely be “more coherent and predictable, seeing ways in which to cooperate … and there are elements within Beijing that will be relieved to get back to that.” 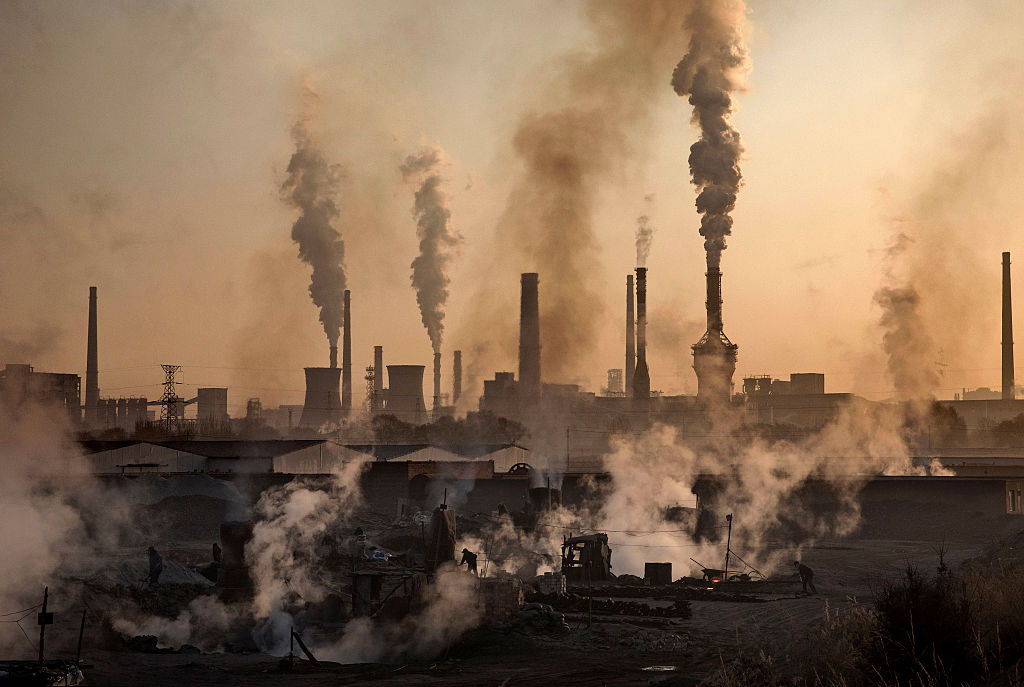 Smoke billows from a large steel plant as a Chinese labourer works at an unauthorized steel factory, foreground, on November 4, 2016 in Inner Mongolia, China.

The Trump administration’s ideological beef with China was spelled out by Secretary of State Mike Pompeo, who challenged the legitimacy of the CCP and called for regime change. In this light, every aspect of bilateral relations came under attack, including visas for Chinese students, seemingly innocuous social media platforms like TikTok, and the sale of U.S. tech components to Chinese firms.

A lot of these battles were self-defeating, such as a crackdown on Chinese journalists in the U.S., which simply prompted a retaliation against journalists, and local staff, at U.S. media organizations in China. Ordering China to close its consulate in Houston also prompted the shuttering of the U.S. consulate in Chengdu, severing a vital conduit for intelligence on human-rights abuses in nearby Tibet and Xinjiang.

Keeping confrontation limited to the areas that matter most—with human rights front and center—will help dispel notions that the U.S. is determined to undermine China at every turn.

“Ultimately, I think we are going to see a more sophisticated approach to competing with China that doesn’t say everything’s black and white,” says Bisley. “But high-tech competition and the risks of two Internets, will continue to be a challenge.”

Read more: How TikTok Found Itself in the Middle of a U.S.-China Tech War

Ganging up on China might not seem like a great way to mend ties, given that Beijing has traditionally preferred dealing with individual states instead of multinational groupings like the European Union. But Biden was key to the Trans-Pacific Partnership (TPP)—a sprawling trade pact including the U.S. and 11 other countries from Asia and the Americas.

It was designed to coax better trade practices out of China, but Trump nixed the pact on his first full day in office. The remaining 11 members eventually moved forward with a modified agreement while freezing 22 provisions insisted upon by Washington, including protections for U.S. workers. Whether Biden would be willing to rejoin TPP is an open question—his “Buy American” policy might preclude membership, while existing members may be reluctant to renegotiate terms with Washington. But it’s the kind of consensus-based approach that gives Beijing a migraine.

There is, of course, safety in numbers, especially when China has unleashed unilateral economic retaliation for various grievances. After Australia called for an independent probe into the origins of COVID-19, for example, Beijing hiked tariffs on Australian barley by 80% and cut back meat and wine imports. Canada, Argentina, New Zealand, South Korea are among many nations to have felt similar measures.

State Department sources say they are considering a possible economic equivalent of NATO’s keystone Articlle 5, which states that an attack on one member state is an attack on all. Such a pact is farfetched—economic interests are more divergent than security—but a renewed multilateral approach could be a smart card to play.

“As China gets bigger and stronger, even non-allies and former enemies like Vietnam want the U.S. to play a more active role in the region,” says Delury. “Even Kim Jong Un worries about being beholden to Xi Jinping.”