Greatness cannot exist in a vacuum. Widely regarded as one of the most significant and influential directors in film history, Rolex Testimonee Martin Scorsese, a legend himself, counts other legendary directors like Alfred Hitchcock, François Truffaut, and John Ford, among his influences. “Equipped with encyclopaedic knowledge of the medium, Scorsese draws from its past to inform his work,” describes Film critic and academic Steven Benedict attempting to encapsulate the director’s method of magic; but cinematic eminence eludes easy definition, Scorsese is one of those exceptional artists and filmmakers who not only manages to tap into the complexities, and intricacies of human emotionality, but does so while also adding depth to his medium.

Growing up in New York’s Little Italy, Scorsese made his first films in the late 1960s, altering perspectives with classics such as Mean Streets (1973), Taxi Driver (1976), Raging Bull (1980) and Goodfellas (1990). He redefined what was possible in movies with deep introspection of the human condition, his characters were omni-dimensional, deeply complex yet possessed of redemptive qualities. 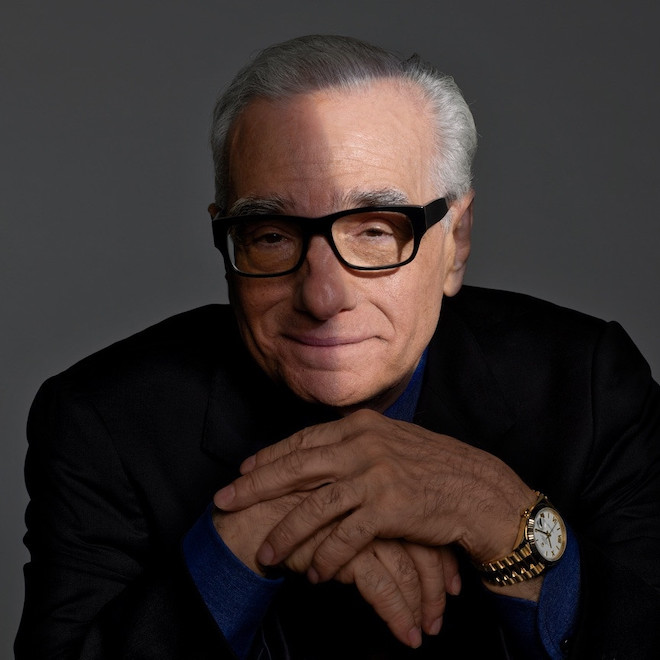 As a mentor, there’s an incredible satisfaction, the fact that you’re able to make someone else flower, in a sense.

Having directed a total of 25 full-length films and 16 full-length documentary films as of 2019, Scorsese has a penchant of repeat collaborations with cinematographers like Michael Ballhaus, Robert Richardson, and Rodrigo Prieto, and actors, best exemplified with nine films made with Robert De Niro. Equal parts a director of film and of men, Scorsese has brought out the best of Oscar-calibre actors like DiCaprio, and De Niro. In fact, Raging Bull began as De Niro’s obsession, and while he believed that Scorsese was the only man who could film it, the legend wasn’t interested – that was until Scorsese’s own personal epiphany gave him a visceral connection with the story of troubled boxing champion Jake La Motta. 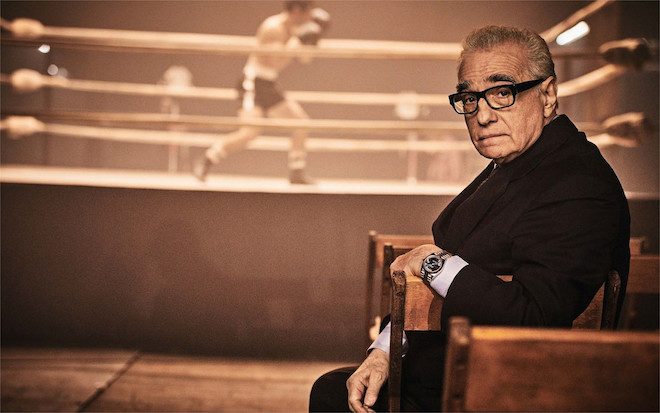 Suffice it to say, receiving eight Academy Award nominations including Best Picture, Best Director, and Best Actor (for De Niro), Raging Bull is widely considered a masterpiece of modern cinema. At the end of Raging Bull, a simple black title card bearing a film dedication to one “Haig P. Manoogian” is testimony to the influence of Manoogian in Scorsese’s career.

He inspired me to acquire my own knowledge, and to believe in myself. It’s one of the most precious gifts I ever received, and I give thanks for it every day of my life. 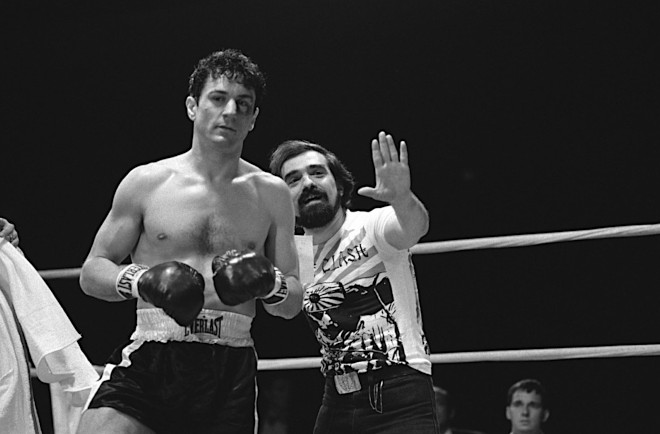 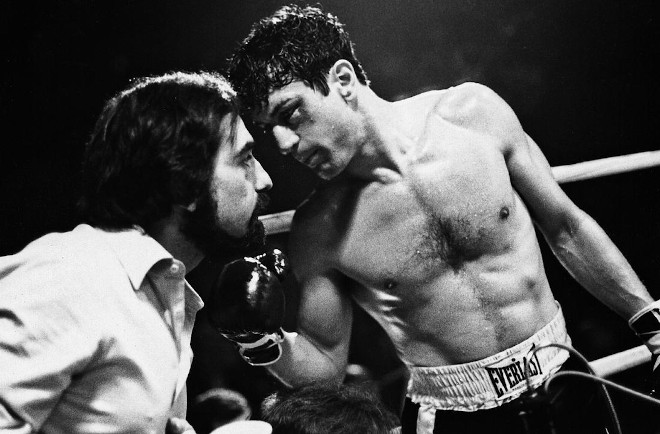 Scorsese remembers being influenced on his first day of student orientation by Manoogian, an Armenian-American professor of filmmaking at NYU. At the time, Scorsese was yet undecided about his future but listening to Manoogian talk, his passion was set aflame. “This is the place I want to go to; I want to study under him,” says Scorsese. “He set a fire in our hearts, and gave me the greatest gifts of all. Much greater than technical knowledge because he inspired me to acquire my own knowledge, and to believe in myself. It’s one of the most precious gifts I ever received, and I give thanks for it every day of my life.”

Scorsese recalls Manoogian getting on a little stage in class and going through the history, mentioning names, films, showing clips of the life of an American fireman and intolerance; setting the foundations for the American film director-producer’s own creative process. “Whether or not he intended it, he did provoke you,” says Scorsese. “By arguing with you and by being very clear in his opinions, it made you clearer, able to find a way to discuss and defend and to support your argument.”

That said, Scorsese insists that the art of filmmaking itself can’t actually be taught and that it was the encouragement and passion of film professors like Manoogian who propelled him forward in his career and it’s a perspective that he brings in when mentoring others,, “You’re experiencing the art through the student. And somehow that comes back to you. And there’s an incredible satisfaction, the fact that you’re able to make someone else flower, in a sense. I always get excited by all the young people coming up to me and suggesting they want to make a certain kind of film and I guide them as best I can. When I see whatever they do, it means something to me [knowing] I had a little bit to do with that. It keeps me alive creatively.”

Indeed, the mentor-mentee relationship is a reciprocal one for Scorsese, the director of the critically acclaimed Goodfellas explains,“you see something they did that you had nothing to do with, but you were possibly involved because you had helped them in their first films. It re-inspires you to make your own work.” 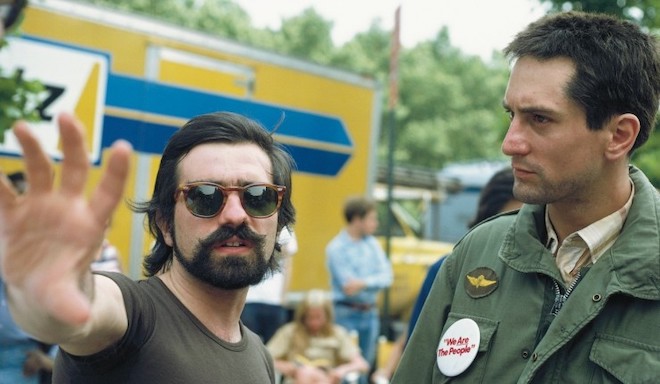 From Taxi Driver to The Wolf of Wall Street, Scorsese puts the audience in the minds of his characters physically and psychologically by experimenting with colour, playing on your perception of time with dextrous use of slow motion and freeze frames, engaging your psyche with segments of voice-over narrations, and even titillating your senses by playing with aspect ratios. Recurring filmmaking techniques are identifiable in many of Scorsese’s films, he understands that details play a crucial role in telling a story on screen and in many of his most iconic films, Scorsese has chosen to feature Rolex watches, with a preference for the Oyster Perpetual Day-Date that reflects his own personal choice: a Oyster Perpetual Day-Date 40. A watch par excellence and worthy companion of the pioneering auteur, It is equipped with a calibre 3255. A consummate demonstration of Rolex technology, with 14 patents, the calibre 3255 offers fundamental gains in terms of precision, power reserve, resistance to shocks and magnetism, ease of use and reliability. 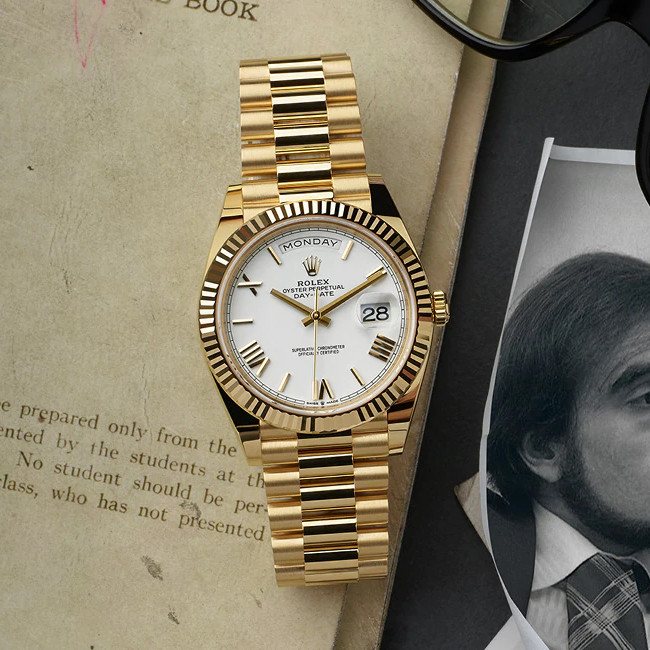