The 9/11 Commission, in its report on how the United States failed to stop the Sept. 11, 2001 attacks, cited the Bush administration’s shortened transition period, the result of a 36-day dispute over the results of the 2000 election. “Given that a presidential election in the United States brings wholesale change in personnel,” the 9/11 Commission’s report noted, “this loss of time hampered the new administration in identifying, recruiting, clearing, and obtaining Senate confirmation of key appointees.” That should have been all the warning Emily Murphy needed.

She didn’t heed it. Instead, the administrator of the General Services Administration — effectively the real estate and office manager of the federal government — waited nearly two weeks to release the funding the next administration required to start its transition in earnest. Joe Biden is going to be its newest employee, so to speak, and that was obvious as of the morning of November 7th. It was as clear then as it is now that it was safe for Murphy to exercise her power under the Presidential Transition Act of 1963, and release the federal funds and resources available to the victor of an election.

For 16 days, though, the Trump appointee didn’t do it. That likely made her Employee of the Month over at the White House. But even a president who tweets Randy Quaid videos had to know that such indolence had a short shelf life.

On Monday afternoon, Murphy submitted a letter to President-elect Biden (even though for some odd reason, she went out of her way to avoid addressing him as such). Murphy also used a letter about the transfer of power between presidents to fret about the harassment she, her family, her staff, and even her pets had received for delaying her authorization for 16 days.

No one should face intimidation for their work, but this may not have been the time and place to voice this particular complaint — particularly when the widespread, public danger of her delay was so evident. The consequences were established not merely by the precedent of the September 11th attacks, but also by the present circumstances.

We know just how many lives we may lose because of poor or lackadaisical governance. In May, an analysis from Columbia University reported that nearly 56,000 American lives could have been saved had social distancing begun just two weeks earlier. How may those 16 days Murphy held resources back from the Biden administration have an effect on the eventual pandemic response?

Keep in mind that what Murphy authorized wasn’t merely a matter of some offices, chairs, and a few staplers and Post-Its. Biden’s campaign isn’t primarily worried about booking a moving truck. Background checks need to be done. Security clearances need to be obtained. And they have to find out how and where Trump is deliberately acting to make Biden’s job more difficult. Concluding his statement responding to Murphy’s letter, the Biden-Harris Transition Director, Yohannes Abraham, wrote, “In the days ahead, transition officials will begin meeting with federal officials to discuss the pandemic response, have a full accounting of our national security interests, and gain complete understanding of the Trump administration’s efforts to hollow out government agencies.” 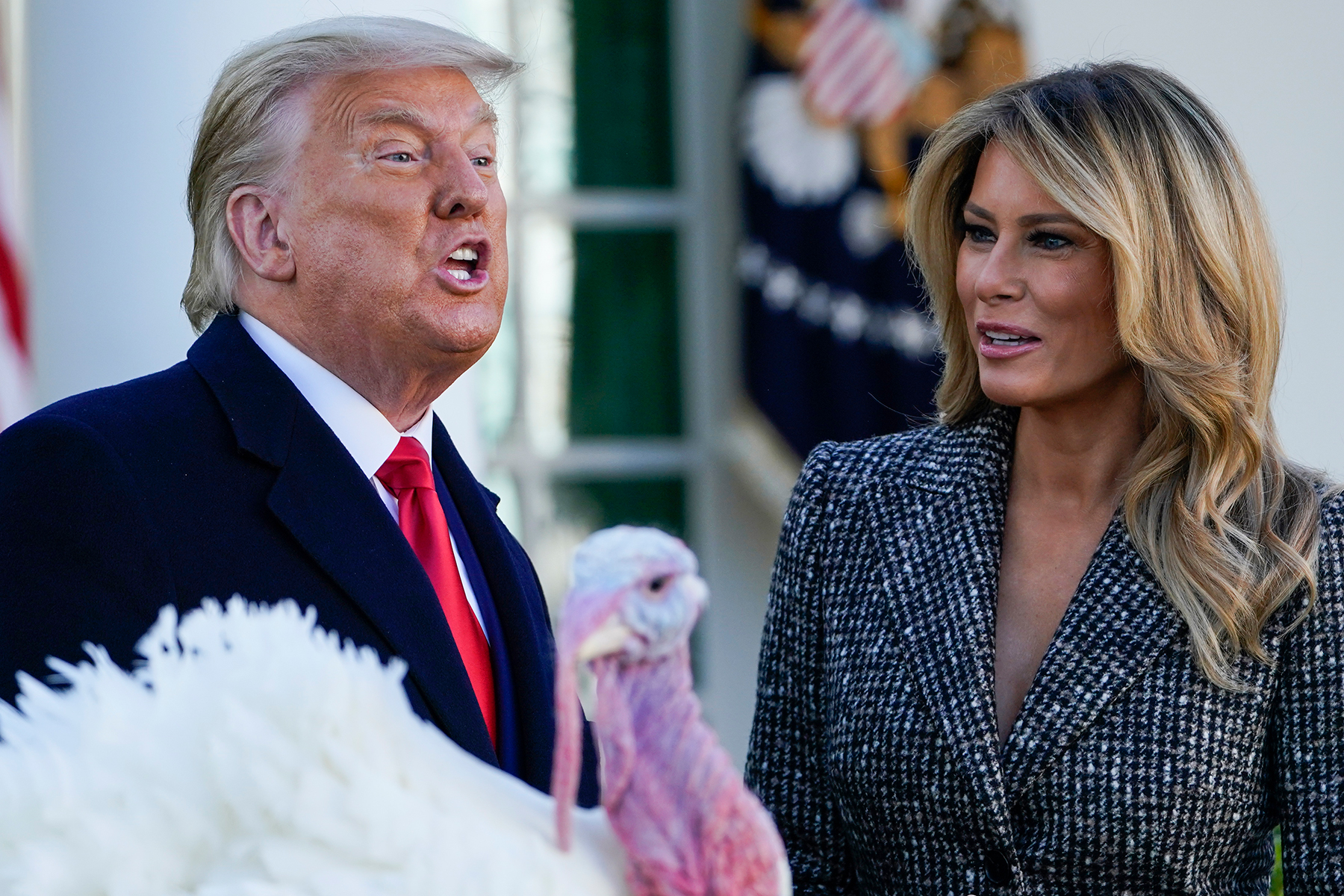 This is a very real concern. As Trump has blocked Biden from transition activities, he filled the federal bureaucracy with fellow charlatans like Anthony Tata, who thinks Barack Obama is a terrorist. He has rushed to auction off Arctic drilling rights to Big Oil and canceled treaties like Open Skies, complicating matters for the incoming Biden administration. These steps all make us even less secure — and yet Trump excels at this type of government expediency, all while ignoring the more essential duties of his job. The presidency has never been a job he has wanted to do so much as it has been one that he sought to exploit, and he is rushing to protect a legacy of grift while continuing to behave without concern for the proper function of government.

Murphy’s belated, begrudging letter is the final postscript on a presidency to which the proverbial “adults in the room” never arrived. At least her decision effectively ended the charade Trump has been perpetrating upon the American public for the last two weeks or so, but Trump and his band of legal vultures have succeeded in establishing a new standard for nullifying black votes. Given how central bigotry is to Republican political strategy, will there ever be another member of their party who behaves as if a vote from a city like Detroit or Philadelphia or Atlanta is not automatically fraudulent — as if our melanin somehow stains our ballots and invalidates them?

Trump’s delusion was enabled by the vast majority of Republican officials, who defended Trump’s efforts to overturn a legitimate election and undercut the democracy they are all tasked with defending. It’s evidence of how deep the rot goes within the GOP, and how inseparable Trump’s particular brand of insanity is from the grand old party line. We already see Republican candidates in Congressional and state races, from Michigan to California, employing the same tactic Trump is using.

It is good, then, that Sherrilyn Ifill and the nonpartisan NAACP Legal Defense and Educational Fund are suing Trump and his campaign over his efforts to disenfranchise Michigan voters, because what they’ve done may very well be against the law.

The Department of Justice, once Biden is inaugurated, should follow Ifill’s lead and investigate Trump and his campaign for illegality. But even if Murphy is innocent of any criminal wrongdoing, it is clear that her actions have helped give Trump the necessary real estate to stage his circus. In doing so, she, along with those Republicans who enabled this lame duck through their complicity and silence, have possibly injured the next administration’s ability to respond to national security crises, foreign and domestic.

The tragedy is only deepened by how avoidable this all was. In the Trump administration, not even the one small part of the government that has literally one job at election time could do that right. Murphy wasn’t wrestling with a legitimate debate or over a close election. The outgoing president didn’t and still doesn’t want to deal with the most conspicuous public failure of his life. He has chosen instead to exact revenge on the predominantly black districts who sealed his fate. In accordance with the way racism works, we will all suffer the consequences.