Watch Wonder Woman 1984 Online Free: How to Stream the Film on HBO Max

Watch Wonder Woman 1984 Online Free: How to Stream the Film on HBO Max

After having its release date pushed back due to the coronavirus pandemic, Wonder Woman 1984 is finally out. Here’s everything you need to know about how to watch the new Wonder Woman movie online.

When Does Wonder Woman Come Out?

The Patty Jenkins film will also become available on HBO Max at 9am PT/12pm ET on December 25, the same day as its U.S. theatrical release. You’ll be able to watch Wonder Woman on HBO Max for a period of 31 days.

How to Watch Wonder Woman 1984 Online

If you want to stream Wonder Woman 1984 online, you’ll need to sign up for HBO Max. HBO Max is the only place to watch Wonder Woman online right now — you won’t be able to find it on Apple TV, Amazon or any of the other usual video-on-demand sites.

An HBO Max subscription costs just $14.99 a month (about the same price as Netflix, and cheaper than a pair of tickets to see Wonder Woman in theaters). Your best HBO Max deal is to sign-up for a six-month plan here, which saves you 20% compared to going month-to-month.

Your HBO Max subscription lets you stream Wonder Woman 1984 in 4K Ultra HD, HDR 10, Dolby Vision, and Dolby Atmos from your computer, phone or through your TV (note: you’ll need a 4K-capable device to play 4K content on your TV; we recommend the Fire TV Stick 4K, which is on sale for just $39 right now).

Unlike the Mulan launch on Disney+, you don’t have to pay an additional fee to get Wonder Woman on HBO Max. All HBO Max subscribers get instant access to Wonder Woman 1984 to stream for free and watch on-demand as many times as you want. 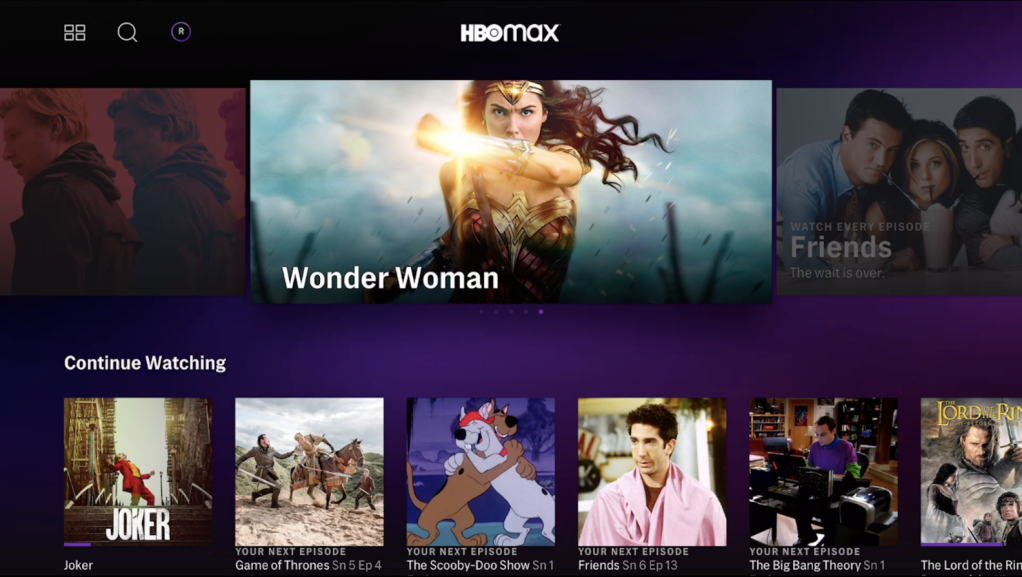 Wonder Woman 1984 has a run time of 151 minutes and is rated PG-13. The sequel to 2017’s Wonder Woman moves the setting from WWI to the Eighties, as Diana Prince (played by Gal Gadot) squares off against new foes: the wealthy businessman, Maxwell Lord (Pedro Pascal), and the mysterious Cheetah (Kristen Wiig). Look for familiar faces Chris Pine and Robin Wright to return for the film as well, reprising their roles as Steve Trevor and Antiope, respectively.

Wonder Woman 1984 is the first Warner Bros. film to be released on HBO Max concurrently with its theatrical release. Warner Bros. has announced that its entire slate of tentpole 2021 films will debut on the streaming service on the same day the movie hits theaters.