Wuhan, the capital of Hubei province in central China, is globally infamous as the place where the coronavirus was first detected last December—a discovery that prompted the unprecedented, 76-day, enforced quarantine of its 11 million inhabitants. But before the pandemic, this city straddling the Yangtze River was famed for several prestigious universities as well as some of China’s most boisterous soccer fanatics.

After lockdown measures were lifted, those fans came out in force to support the Wuhan Zall soccer team as the club sought to avoid relegation from China’s apex Super League. To do that, Wuhan Zall needed to beat rivals Zhejiang Greentown in the Olympic Stadium at Suzhou, a comparable sized city about 600 kilometers away in Jiangsu province.

“Our heroic city has been traumatized this year,” says He Xinping, 42, of the Wuhan Zall supporters club. “For our fans, victory in this game at least means we can end on a high.”

Wuhan officially notched up more than 50,000 coronavirus cases with a death toll of around 4,000—80% of China’s total. (Although independent experts have questioned these numbers, the reality still pales in comparison to the millions of cases in the U.S.A., and the hundreds of thousands of American lives lost.) The city’s success—and China’s—in conquering the virus is testament to a strict regimen of lockdowns, travel controls, masks, testing and contact tracing.

“During the pandemic, everyone had to stay home and couldn’t go outside,” student Zhu Fulei, 19, tells TIME. “For months, more than half a year, we couldn’t watch any soccer matches. We felt awful.” 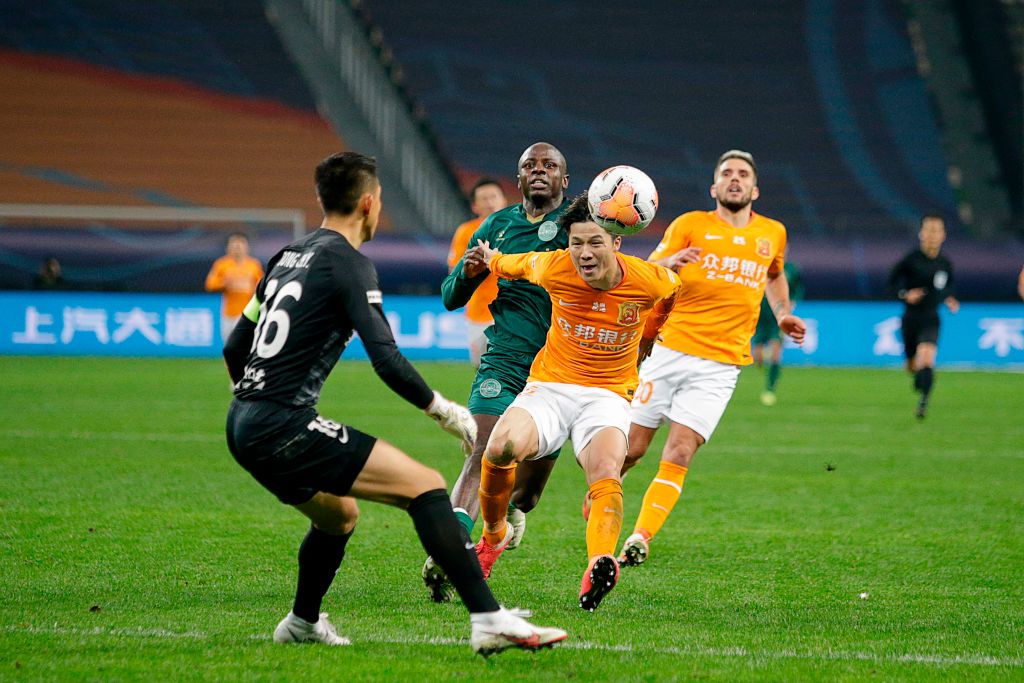 Wuhan Zall mirrors the grit and unyielding spirit of the place that gave birth to it. Natives of Hubei have a reputation for resilience and ingenuity, often compared to China’s mythical “nine-headed bird” that is impossible to kill.

The soccer team was founded in 2009 after its predecessor, Wuhan Optics Valley, dissolved itself rather than accept what it considered a grossly unfair eight-match ban on a star player for an on-pitch brawl.

“Maybe there’s something about Wuhan having a somewhat independent spirit,” says Cameron Wilson, founder of the Wild East Football blog that covers Chinese soccer. “And there’s no other forum as public as [soccer] in China when it comes to expressing the identity of a city.”

In 2018, Wuhan Zall returned to China’s star-studded Super League. But while every team experienced a stop-start campaign in 2020 due to COVID-19, Wuhan Zall suffered more disruption than most, with the entire team stuck outside China for three months due to travel restrictions. When the players finally returned to Wuhan, thousands of fans thronged to airport to welcome them home.

“It wasn’t easy for our team,” says fan Li Wei, 22. “When they finally managed to come back, they had to go into quarantine. So being able to see Wuhan Zall returning to the soccer pitch makes us really happy.”

For the most part, life in Wuhan has returned to normal, with bustling malls and gridlocked streets. In November, China’s exports stood 21% higher than the year before, the strongest showing since 2011, owing partly to huge quantities of PPE shipped overseas—much of it produced in Wuhan. But while Wuhan’s factories have roared back to life, the recovery has been uneven, and many of the city’s smaller shops and restaurants remain shuttered.

Wuhan Zall, meanwhile, is still not allowed to compete at its home stadium, but fans are allowed to travel to third cities to attend games, providing they submit to strict quarantine and testing protocols.

For them, the journey to Suzhou was worth it. Wuhan Zall triumphed 1-0 over Zhejiang Greentown, thanks to a first-half penalty kick that sent the orange army into raptures. It seemed like a good omen for plucky Wuhan—on and off the soccer pitch.

“It felt cathartic,” says Qin Youxiong, 48. “There is this sense of victory, a feeling that we defeated the pandemic. This means a lot for Wuhan.”

—With reporting and video by Zhang Chi/Suzhou