In Herself, a Dublin Mom Builds a House to Find Her Way Home

In Herself, a Dublin Mom Builds a House to Find Her Way Home

by admin
in Entertainment, Movies, review
0 There’s never a bad time for movies about women pulling themselves out of bad situations. And even though Herself—directed by Phyllida Lloyd, and written by Malcolm Campbell and the movie’s star, Clare Dunne—isn’t specifically a COVID-related film, it speaks to an era in which many people are having to do a lot with a little.

Dunne plays Sandra, the Dublin mother of two smart, cute-as-hell little girls (Ruby Rose O’Hara and Molly McCann) who’s struggling to separate from her abusive partner, and the girls’ father, Gary (Ian Lloyd Anderson). Though she’s working two jobs and receiving some child support, she and her daughters still find themselves essentially homeless: as they wait for public housing, they’re squeezed into a small room in an airport hotel, far from the girls’ school, and Sandra yearns to give them more. She investigates the possibility of building her own home for 35,000 euros, and one of her employers, the seemingly crotchety yet enormously kind Peggy (Harriet Walter), comes through with an offer of some land and a loan. Sandra doesn’t just set out to build a house; she practically wills it into being. 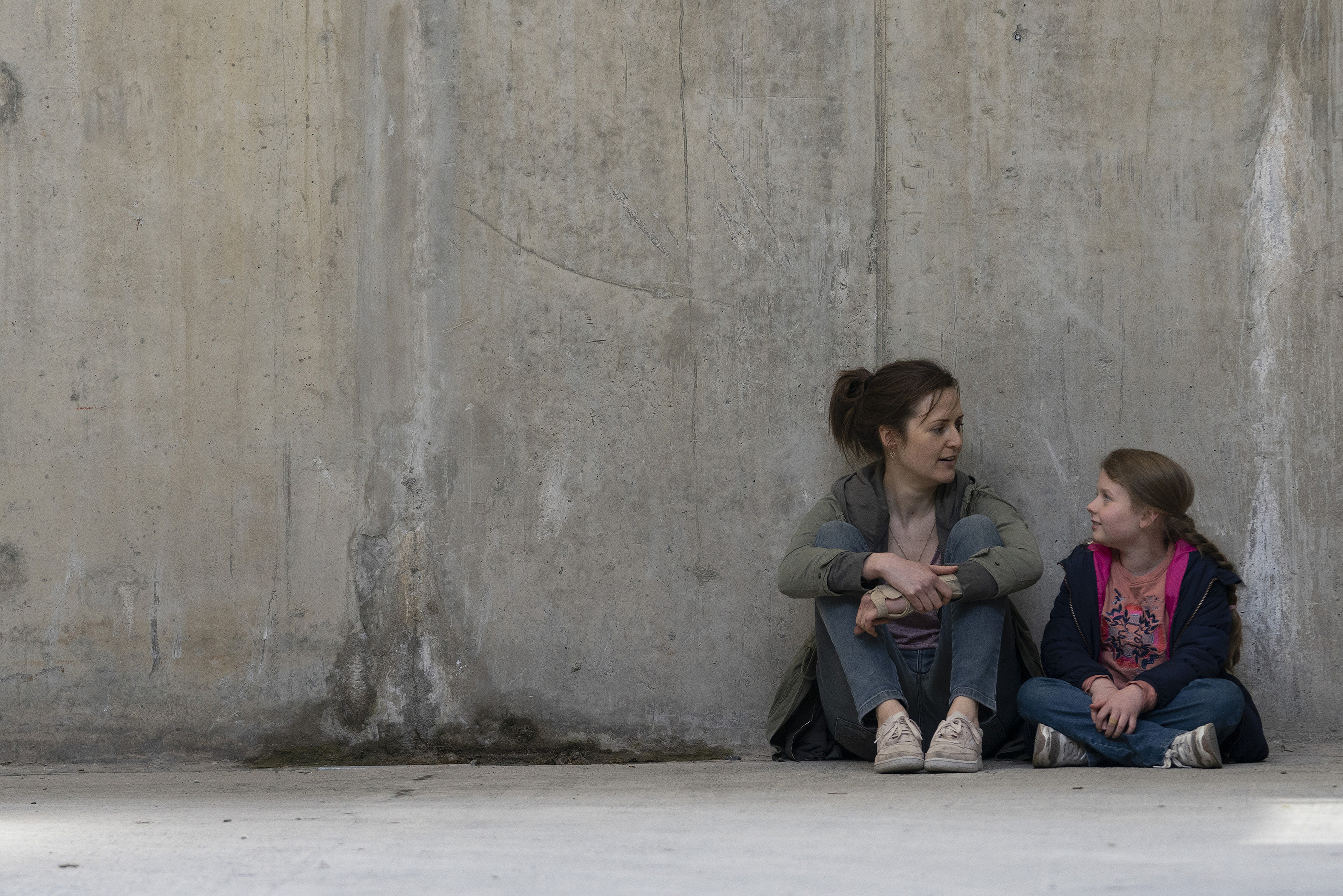 ‘Herself’ isn’t specifically a COVID-related film, but it speaks to an era in which many people are having to do a lot with a little

Of course, it’s not as easy as all that, though Herself focuses more on can-do spirit than it does on kitchen-sink hardship. That’s not necessarily a flaw: Lloyd—a director of stage productions as well as films like Mamma Mia! and The Iron Lady—guides the movie with a firm yet gentle touch, approaching the domestic-violence angle, in particular, in a way that’s both discreet and suitably forceful. Even so, the film does feel a little off-balance dramatically. There’s a great deal of slow story buildup until the last 10 minutes or so, at which point about three movies’ worth of plot hit at once. This gives the picture’s ending a rushed feel that’s vaguely unsatisfying. It’s not that you want things to be harder for Sandra; but her challenges—particularly her emotional conflicts—might have been explored in a little more depth.

Even so, Dunne—who has performed in several of Lloyd’s stage productions—gives plenty of dimension to Sandra’s particular brand of anxiety, optimism and determination. In one scene, Sandra’s older daughter presents her with an envelope, which the girl’s father has instructed her to deliver. Gary’s temper is so violent that it caused Sandra to fear for her life; she knows she must never go back to him, even though he keeps begging her for reconciliation. But inside that envelope is a snapshot of the two of them in happier times—the casual, intimate warmth between them is clear from their body language. Sandra gazes at the picture and breaks down, telling Peggy through tears, “I miss who he was.” It’s a simple line of dialogue that opens a deep sea of feelings. The sudden acknowledgement that a person you once loved doesn’t exist anymore can knock the wind out of you, and Dunne captures that breathless free fall beautifully. You want Sandra to have everything—her house, a better life for her kids. And if nothing else, it’s gratifying to see her learn that the big triumphs are really just a series of small ones strung together.