Locked Down Isn’t the Pandemic-Era Romantic Comedy We Need

Locked Down Isn’t the Pandemic-Era Romantic Comedy We Need

by admin
in Entertainment, Movies, review
0 Two people who used to be in love but now can’t stand each other are forced to cohabitate because there’s nowhere for them to go. Welcome to the era of COVID romance, and to the first movie to mine it as a subject: in the romantic comedy and heist-movie hybrid Locked Down, Chiwetel Ejiofor and Anne Hathaway play Paxton and Linda, a couple living in London in the early days of that city’s first lockdown, circa March 2020. The spark has long gone out of their union; now they’re just counting the days until they can make other arrangements, and their nerves are raw.

They’re already all too familiar with each other’s quirks, but their confinement gives us ample opportunity to get up to speed on their problems: Linda, who’s clearly stressed out and high strung even in the best of times, has a high-powered job with a media company based in the United States. (In our first glimpse of that job, she’s forced to fire a quartet of her local employees via a Zoom meeting.) Paxton has work troubles of another sort: he just can’t get enough of it. A onetime bad boy—the quality that drew Linda to him in the first place—he has a criminal record for a long-ago infraction that, it’s suggested, wasn’t really his fault. He now works as a driver, ferrying stuff from here to there, but even those jobs are scarce. He does, however, have the heart of a poet, and he’s fond of stepping out into the street to serenade his fellow “inmates” with verses from T.S. Eliot and Robert Graves.

Directed by Doug Liman (who gave us the acerbically delightful 2005 Mr. and Mrs. Smith) from a script by Steven Knight (whose credits include the 2019 howler Serenity, but also Eastern Promises and Peaky Blinders), Locked Down (now streaming on HBO Max) is more a novelty of our times than anything else. Written over the summer and shot quickly in the fall, it enfolds as many elements of our pandemic-constricted lives as possible: hushed, underpopulated streets, strained Zoom calls with family members, the wearing of nice tops with PJ bottoms for virtual work meetings. (It also includes a bunch of mildly amusing cameos from the likes of Ben Stiller, Ben Kingsley and Danish heartthrob Claes Bang.) Yet the movie’s first two-thirds are hopelessly shapeless—perhaps a bit like our lives?—further stretched out of whack by reams of annoying, skittering dialogue. Hathaway is often a charming actor, and Ejiofor can be a great one—he’s lovely here, giving shape and depth to his character’s anxieties, and to his unspoken anguish over losing Linda. But Hathaway appears to be trying, desperately, to mimic the timing of Katharine Hepburn in screwball mode. Nothing works; she’s wound too tight. Her lines have no give, no bounce. You wonder why Paxton hasn’t hightailed it out of that house sooner. 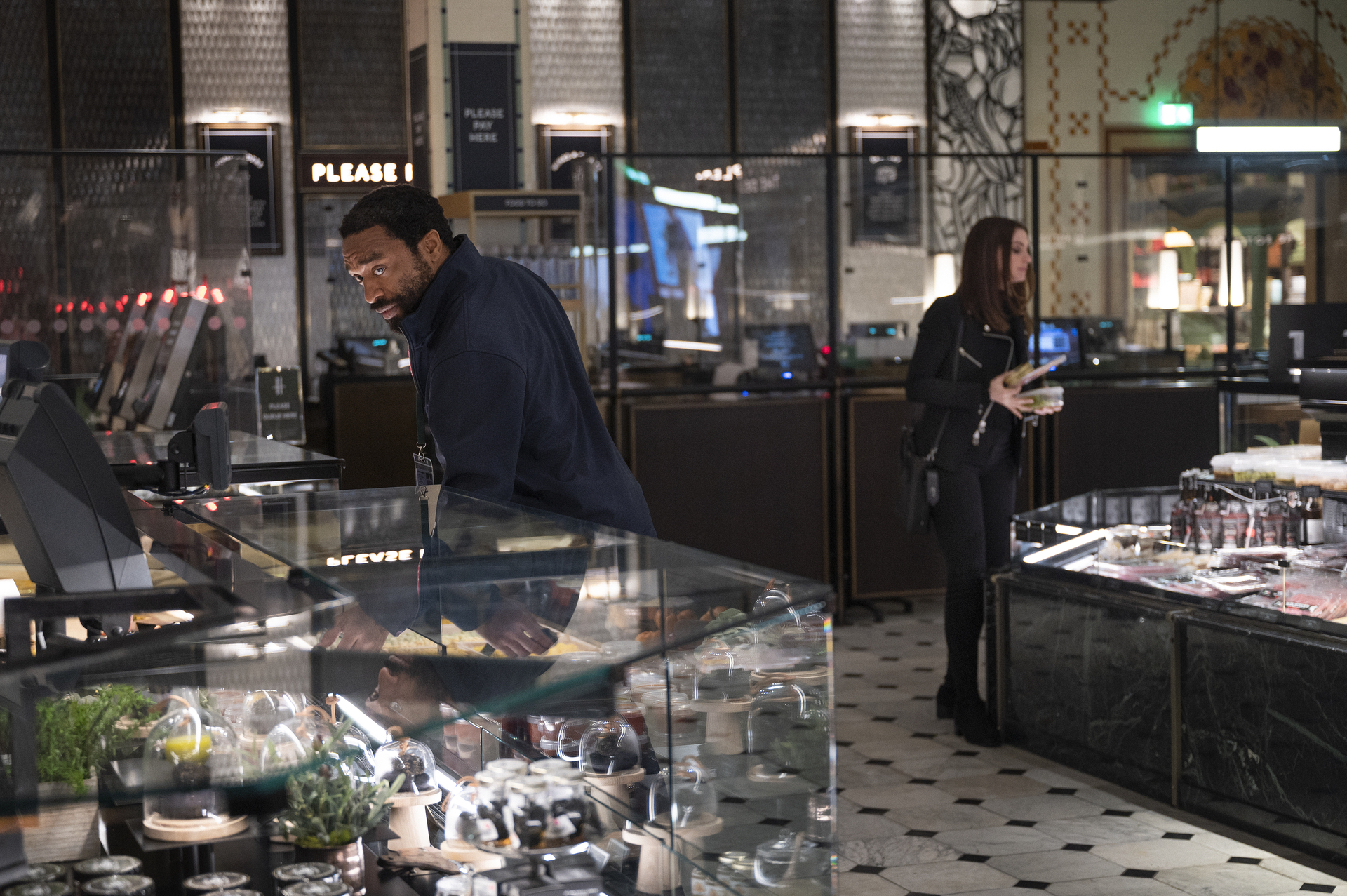 Nothing like a little diamond heist to spice things up

But somewhere in the last half hour, the movie finally gets around to having something like a plot, involving the theft, from super-posh department store Harrods, of a big-ass diamond worth 3 million pounds. Suddenly, Hathaway becomes slightly less exhausting and Ejiofor more dazzling. You get some sense of what drew these two together in the first place. At one point they hop on a motorbike and speed off into the London night. At last, Locked Down gives us at least a little bit of what we’d hoped for all along, some pandemic glamour, if such a thing is possible. You can hardly go wrong with two beautiful actors on a nighttime motorcycle ride. And in this moment, ever so briefly, Locked Down finally takes flight.