Michelin Guide ‘Most Luxurious and Delightful’ Places To Dine in Europe

Michelin Guide ‘Most Luxurious and Delightful’ Places To Dine in Europe 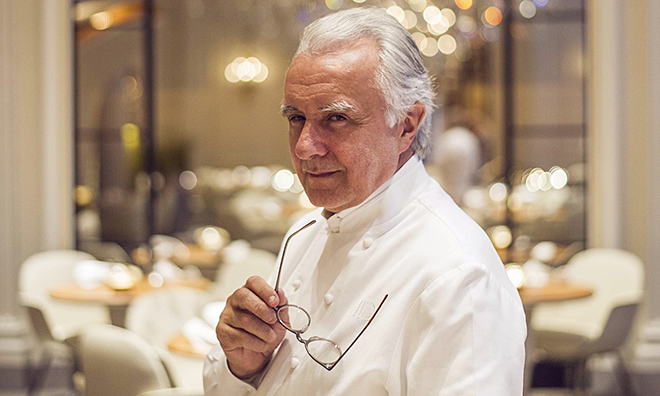 French chef Alain Ducasse holds a total of 20 Michelin Stars as of Nov 2020.

Decidedly one of the highest symbols of status, professionalism and honour a restaurant can attain, chefs worldwide strive relentlessly all year round in hopes of earning the coveted Michelin star. 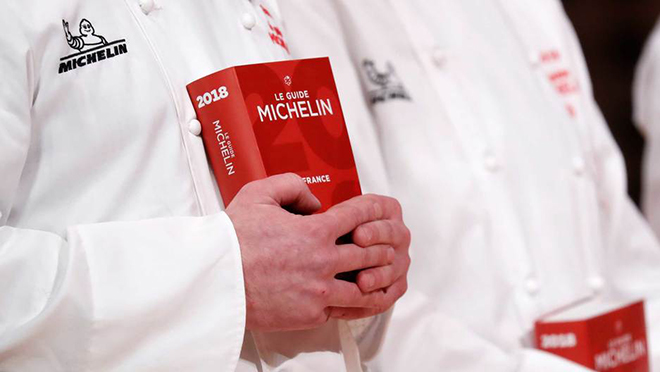 While best known for its tires (yes, those car tires) the Paris-based Michelin brand is also famous for its annual Michelin Guide, an online travel encyclopedia in support of local and international attractions, aimed at inspiring road-trips. Initially published in 1900, the Michelin Guide only began incorporating a star-system in 1926 – emphasising on the quality, flavour of food, mastery of culinary techniques and personality of dishes at restaurants seemingly overlooked or hidden in plain sight. 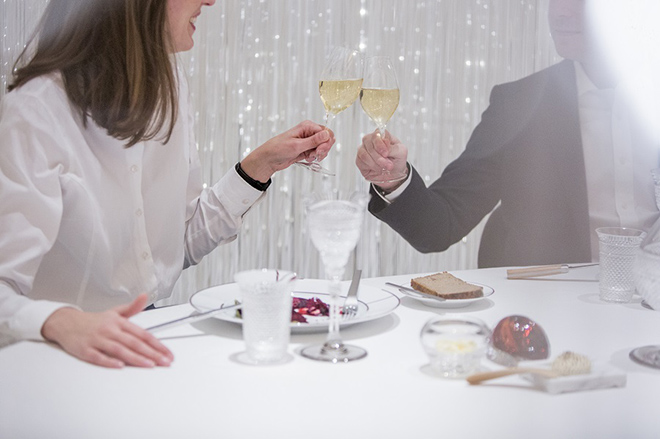 Despite its primary focus on the European region, in 2005, the guide published its first United States edition and soon the stars had spread across the globe – making Michelin stars the hallmark of fine dining by many of the world’s expert chefs and restaurant patrons. As such, today we peer through the doors of the Michelin Guide’s ‘Most Luxurious and Delightful’ places to dine in Europe. 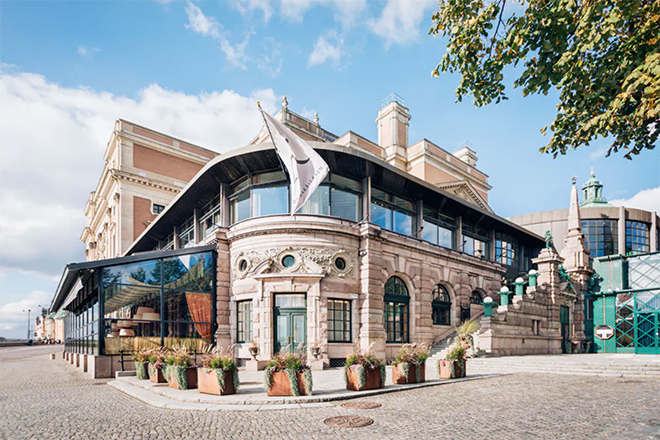 Sweden’s most opulent restaurant currently lies within the historic Opera House. Characterised by a stunning, high-ceilinged room which boasts chandeliers and original gilt panelling, decorated with frescoes and carvings, the Operakällaren offers a variety of classic cuisine, and carefully constructed traditional French dishes with a contemporary touch. Complemented by an impressive wine list, offering a notable French selection, this restaurant is revered for the Mackerel with horseradish, tomato and cucumber, the Venison fillet with cabbage and blackcurrant, and the Cloudberry soufflé. 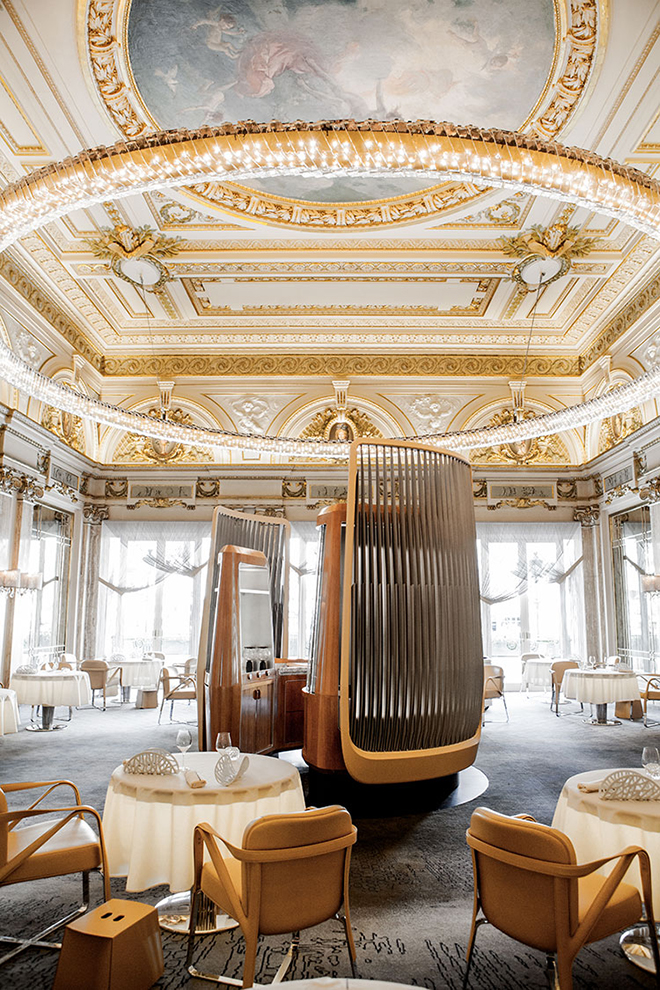 Le Louis XV is a unique culinary experience inspired by the French Riviera. Set in the heart of Monte Carlo, Monaco, this three Michelin star restaurant is run by chef Alain Ducasse. First established in May 1987, Le Louis XV is the first hotel-based restaurant to win an award of this nature, beating out Prince Rainier III of Monaco and the Société des bains de mer de Monaco. 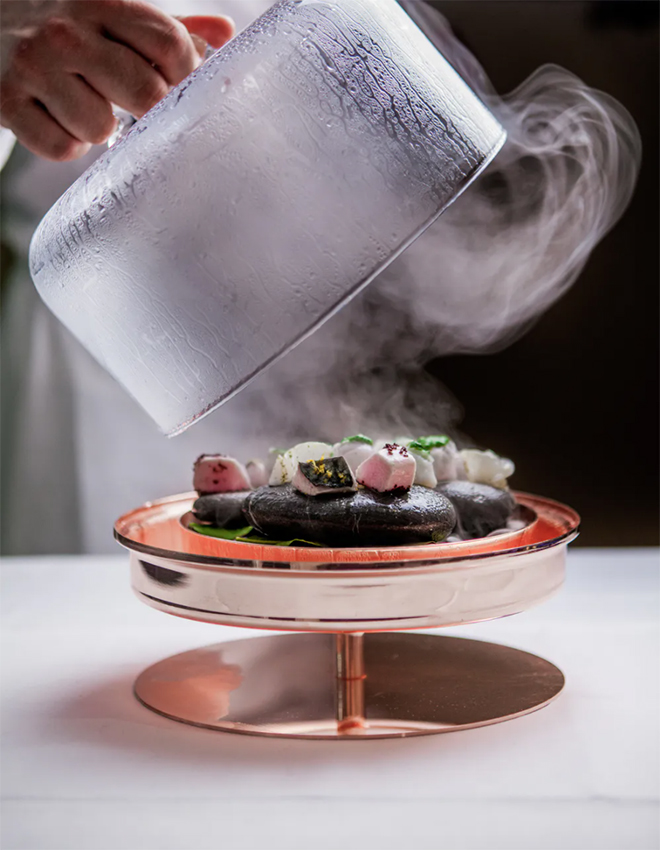 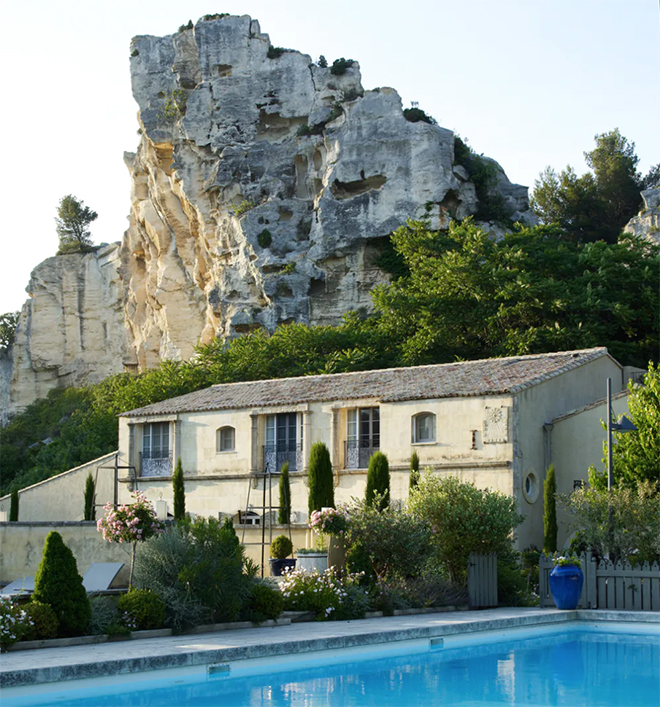 Earning their place in the history of French gastronomy, this three Michelin-starred restaurant in Provence has long left an impression on generations of gourmets. Seducing even the most discerning crowned heads and celebrities in search of an exceptional gourmet restaurant, L’Oustau de Baumanière presents a discreet and extremely meticulous attention to detail in every facet of its service. 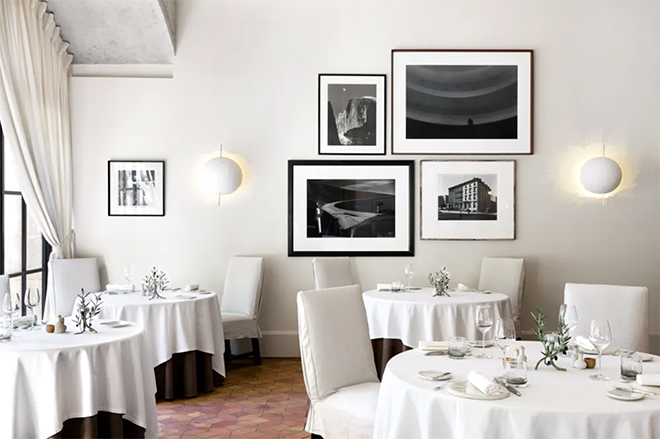 Situated at the helm of the Domaine de Baumanière, and lead by chef Glenn Viel, under the moving eye of Jean- André Charial, the owner of Baumanière, this restaurant prioritises elegance, sobriety, naturalness, respect and the enhancement of products. Supported by a network of mostly organic local producers, L’Oustau de Baumanière aims to minimise food and plastic waste, whilst upholding immaculate hospitality standards and maintaining partnerships with artisans from the region. 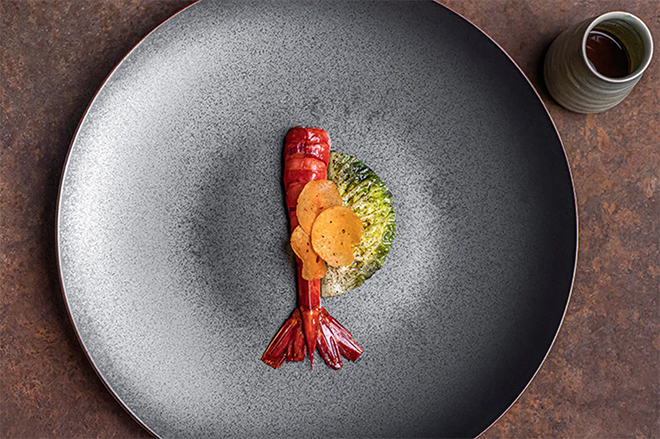 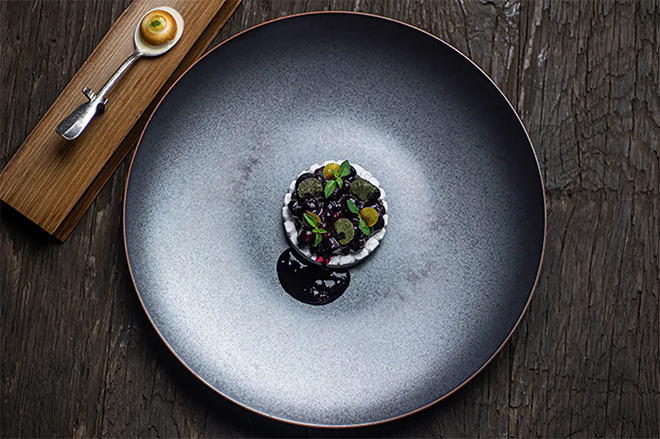 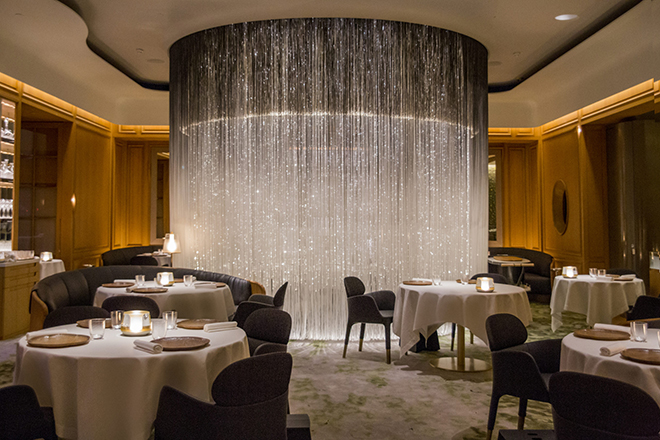 Coco Chanel once opined that “Luxury must be comfortable, otherwise it is not luxury”. Carrying a similar belief system is Alain Ducasse’s elegant London outpost. The charming and professional team here patently understand the utmost importance of making each diner feel at ease. 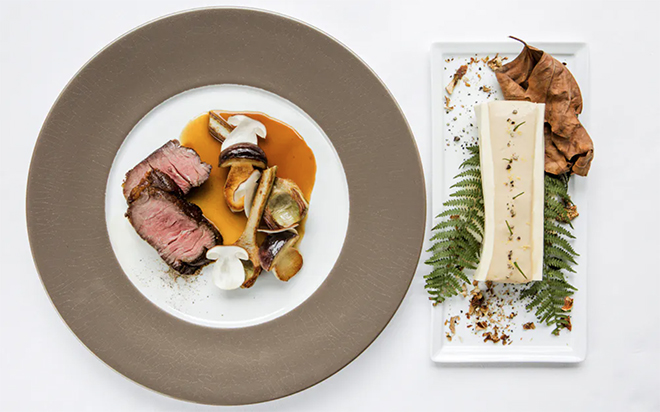 Alain Ducasse at The Dorchester. Image by the 2021 MICHELIN GUIDE UNITED KINGDOM.

Serving contemporary French cuisine alongside professional yet friendly service, the Alain Ducasse experience is distinguished by an abundance of creativity and generosity. Infused with whimsical pleasures and a meticulous attention to detail, this eponymous, three Michelin star restaurant menu showcases an unparalleled love and respect for the art of gastronomy. Regarded one of the world’s most decorated chefs, Alain Ducasse is an aesthete and artisan of living and eating well, and revered for his incorporation of international influence. 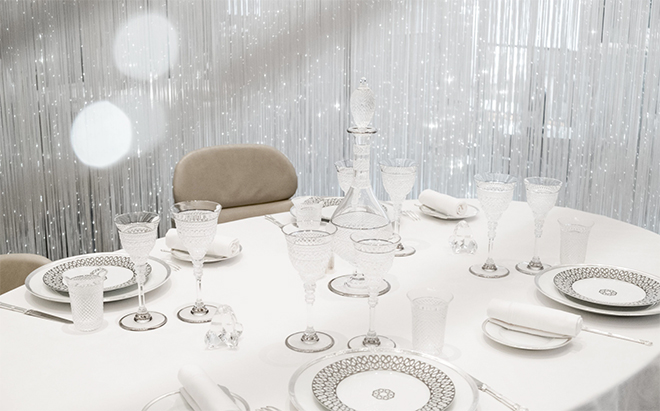 Characterised by distinctively fresh flavours, executed with a light and surprising twist, Alain Ducasse at The Dorchester presents French tradition through the lens of a foreign city. This restaurant’s most notable dishes include – the ‘Sauté gourmand’ of lobster and truffled chicken quenelles, the Halibut, oyster and seaweed, and the ‘Baba like in Monte-Carlo’. 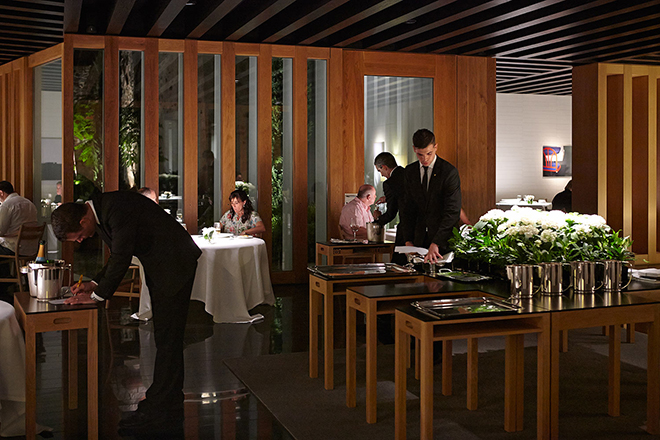 More than anything else, Atrio is place of unexpected encounters. It represents the essence of Cáceres itself, nurtured into a concrete reality by its creators, José and Toño. Fusing all the elements a visitor could wish for into a welcoming oasis, surrounded by the treasures of Extremaduran heritage, Atrio stands as testimony to the lifelong commitment of two consummate professionals devoted to the world of gastronomy and their felicitous collaboration with the award-winning architectural team of Emilio Tuñón Álvarez and Luis Moreno Mansilla. 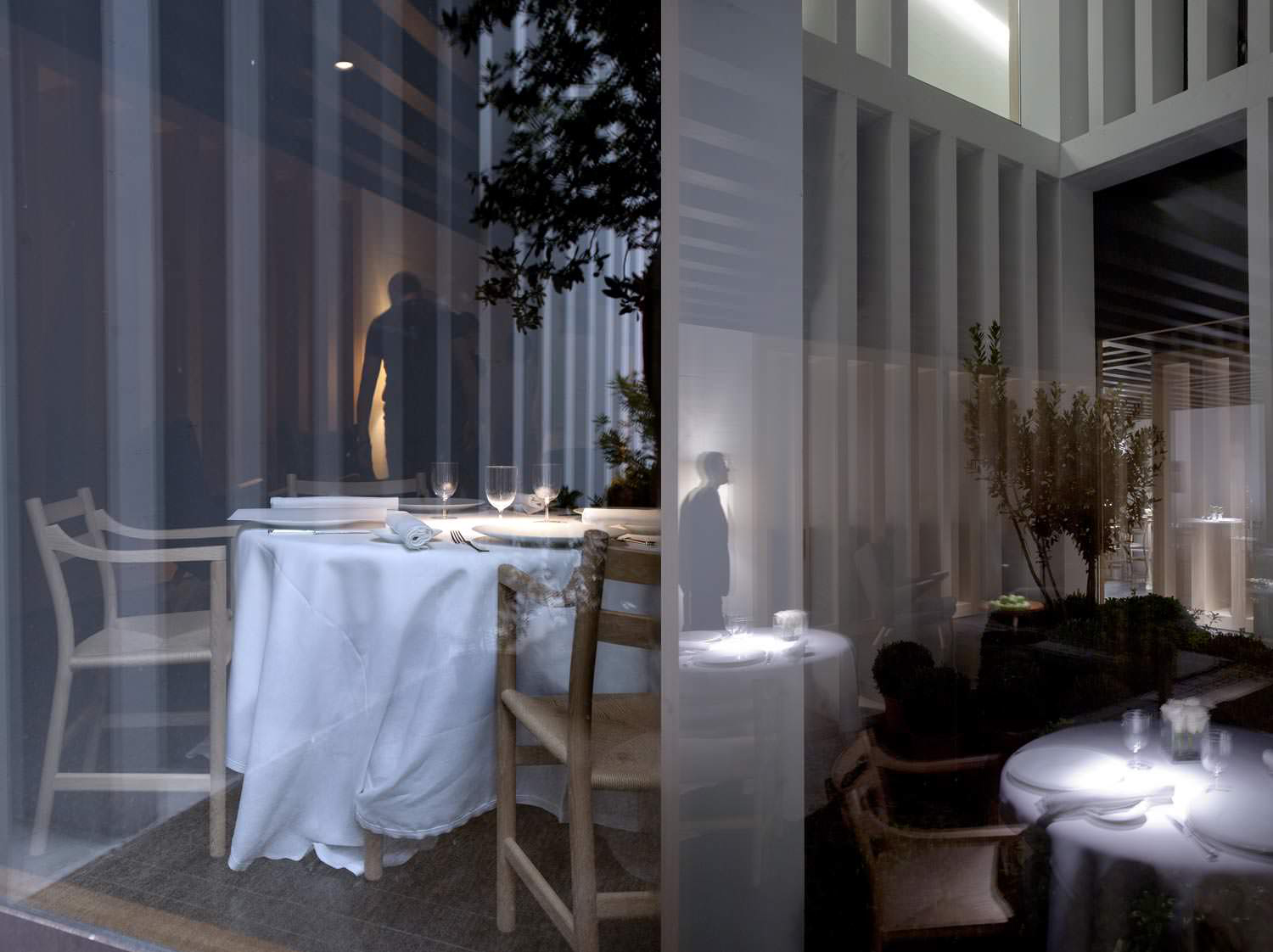 ‘Atrio’ – the Spanish word for atrium, and the central element of traditional Mediterranean architectural design that dates back to antiquity, is the metaphorical heart of the family home in the Iberian world. Also known as the interior patio or inner courtyard, Atrio is the culminating point of all pathways that lead from the realms of the intimate to the celebration of shared experience. Regarded a spatial embodiment of the encounter between host and guest, and between personal retreat and social interaction, this two Michelin star restaurant aims to present an ever-higher level of culinary excellence and hospitality, whilst establishing itself as the go-to destination for even the most discriminating gourmet traveller. 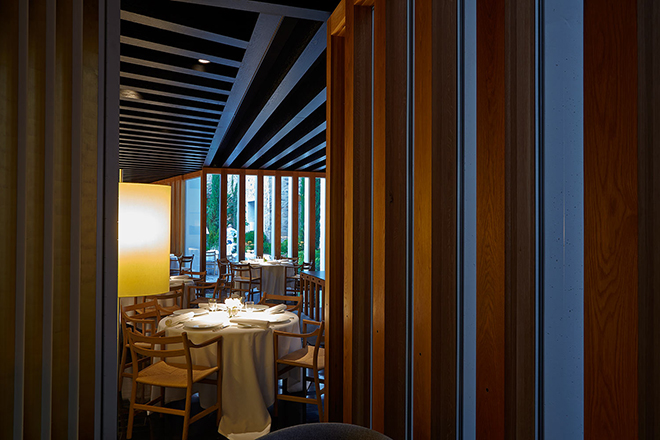