A Luxurious Gift For A Good Cause

A Luxurious Gift For A Good Cause 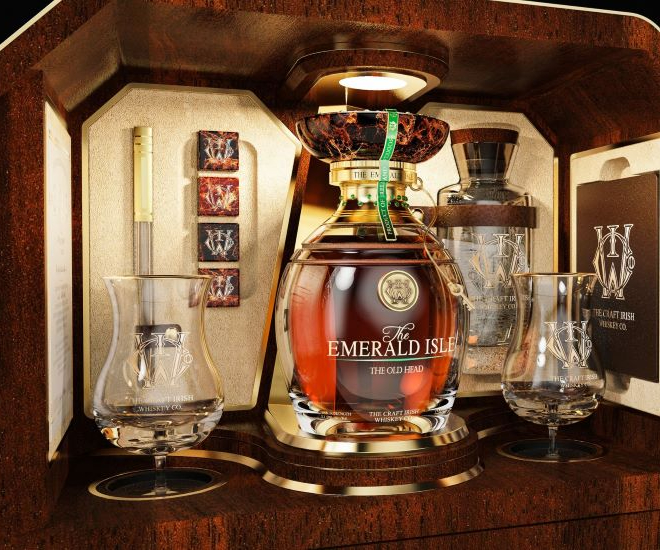 This custom gift set from The Craft Irish Whiskey Co. and Fabergé has a price tag of $2 million and consist of a number of luxurious collectibles. The set comes housed in an exquisitely crafted walnut box, supposedly inspired by the shape of an emerald which represents Ireland’s breath-taking natural beauty. Each of the seven boxes will have an illustration of one of Ireland’s Seven Wonders with its geographical coordinates inscribed.

Contained within are two bottles of The Craft Irish Whiskey Co’s 30-year-old, triple-distilled whiskey. After distillation, the whiskey is first aged in 200-litre “first-fill” American oak casks. Thereafter, it is finished in a 40-litre Pedro Ximénez sherry barrel. The unique distillation and ageing process results in a one-of-kind flavour. The brand’s distillers described the aroma as varying from chocolate to maple syrup, tasting of bananas and leather with notes of cigar smoke, vanilla, and meringue in the finish. A host of luxury items accompanies the whiskey, intended to enhance the already lavish experience. These include a carafe filled with natural spring water from the same region of Ireland as the whiskey, a gold plated-pipette with which to add the water, obsidian whiskey stones, and a hip flask filled with a sample of the whiskey. 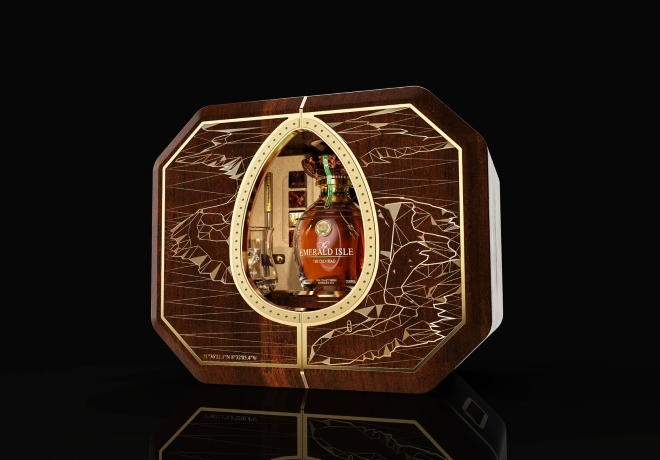 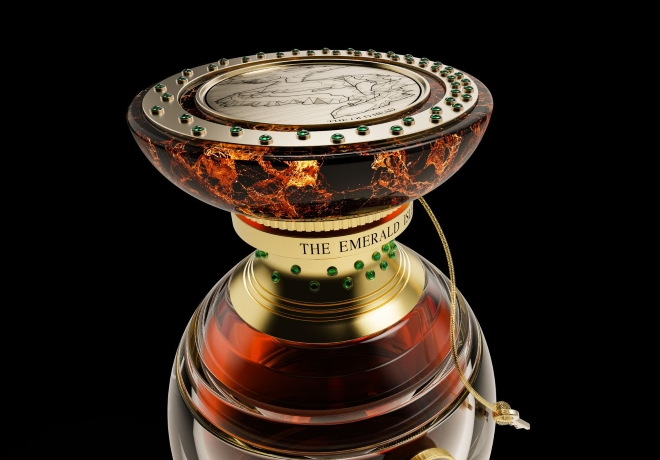 Nestled within the box is a bespoke Fabergé Celtic Egg, skilfully handcrafted by Dr. Marcus Mohr, a fourth-generation workmaster. Mohr crafted each egg from 18k yellow gold and Fabergé’s hand-painted guilloché enamel and adorned with a diamond-encrusted Celtic knot along with two coloured gemstones. A different gemstone is set into each egg, representing one of the Seven Wonders. Finally, every egg contains an uncut Zambian emerald, sourced from the Gemfield’s Kagem mine. This makes each gift set even more unique as collectors are encouraged to transform the uncut emeralds into custom pieces of jewellery.

Fabergé also includes an 18k rose gold Altruist timepiece, handcrafted by André Martinez and powered by a self-winding movement from Vaucher. Keeping with the Seven Wonders theme, mother of pearl makes up the dial — with etched and hand-painted 24k gold flakes. A brown alligator strap provides rounds the watch off and provides the mode of attachment. 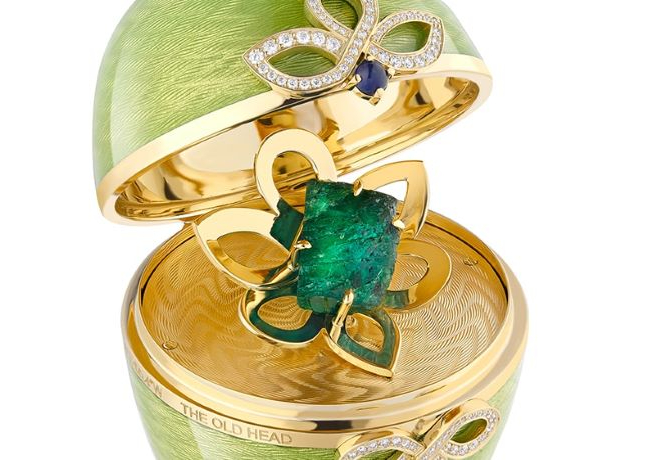 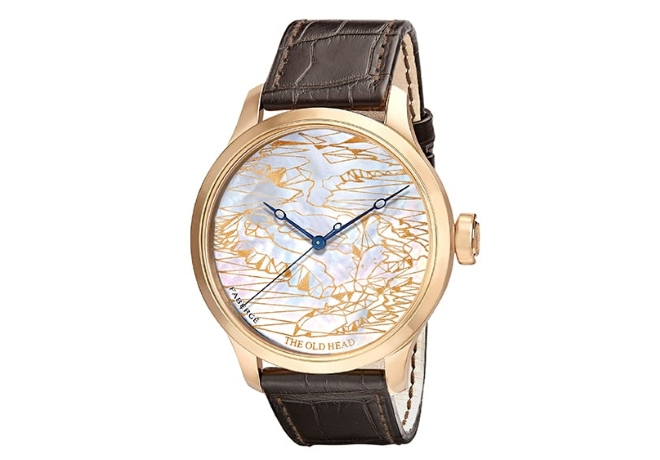 Completing the Emerald Isle Collection gift set is a humidor with two ultra-rare Cohiba Siglo VI Grand Reserva cigars and a gold-plated cigar cutter. These cigars were specially selected to pair with the 30-year-old Irish whiskey.

The seven boxes will be auctioned at a starting price of $2 million. As mentioned, all proceeds from the auction will go to charity. Half of the proceeds will be donated to the Correa Family Foundation which supports children affected by serious illnesses. The other half will be donated to a charity of the buyer’s choice.