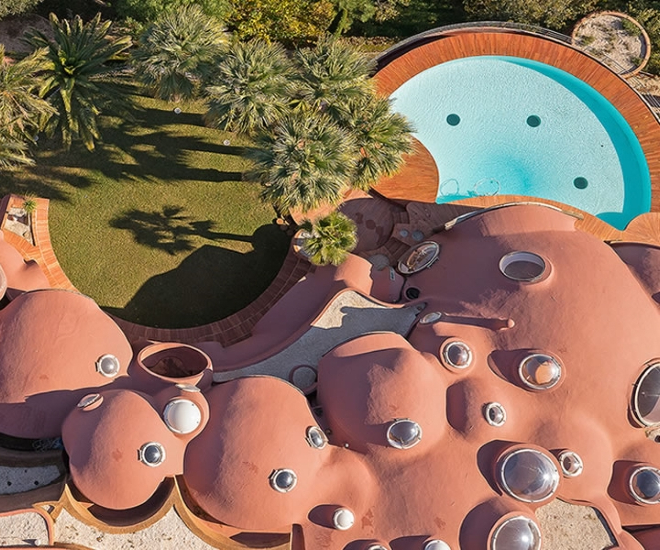 If you are looking for a quirky-looking piece of property with a rich provenance, you might just be in luck. The “palais bulles” or aptly named, bubble palace, previously owned by the late fashion maestro, Pierre Cardin is now up for sale. The Théoule-sur-Mer villa covers 1200 sqm and includes 10 bedroom suites, gardens, a swimming pool and an outdoor auditorium with an awe-inspiring view of the Bay of Cannes.

Le Palais Bulles was the brainchild of renowned architect Antti Lovag. The unique bubble architecture, which gives the villa its name, was born of Lovag’s fascination with spherical forms. For him, straight lines were “an aggression against nature”, which does not naturally create symmetrical shapes. He even points out that the range of movement in our arms and legs trace circles. Throughout his career, Lovag dedicated himself to the idea that circles were central to how our lives were carried out. An idea that he dubbed “habitology”. This ideology can be seen in his works from “Maison Gaudet”, to “Villa Roux”, and of course “Le Palais Bulles”. Despite his unique designs, the Hungarian architect’s list of clients is small, owing to his philosophy which has 3 conditions: he does not know what the end product will look like, when it will be completed, or how much it will cost.

Lovag’s approach to architecture revolves around spherical building blocks. Constructed of mesh and rods, each sphere is first rolled into a position deemed appropriate by Lovag and his clients and thereafter, covered with concrete to create the structure. The result of this approach is an oddity that somehow manages to make contemporary architects’ hairs stand on end with its lack of straight edges, while capturing their hearts and minds. 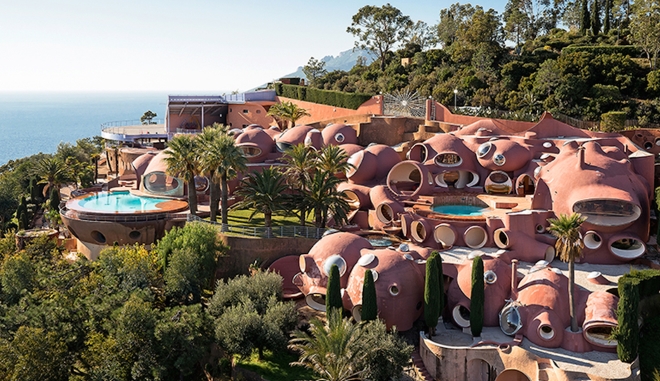 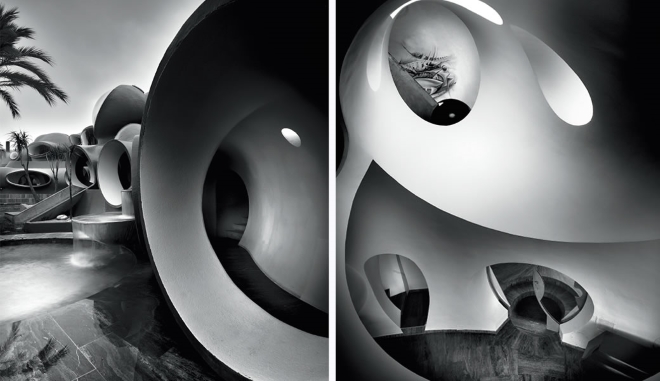 From Pierre To Pierre

Built for Pierre Bernard in 1984 and completed in 1989, the organic form of Le Palais Bulles clings to the rocky cliffs of Massif de l’Esterel and overlooks the expansive Mediterranean Sea. Within its 10 spherical suites, each room is decorated by contemporary artists, lending their influence to Lovag’s quirky design, and adorned with bespoke furniture. While the interior of the Bubble Palace is indeed captivating, the outdoor gardens, ponds, and swimming pool offer a chance to bask in the glorious sunlight of the Mediterranean and appreciate the beauty of mother nature.

Just three years after its completion, the property was acquired by the late Pierre Cardin who often rented it out for parties and events. Cardin’s goal in acquiring the villa was to create his own piece of paradise where he could “exhibit the works of contemporary designers and artists”. Indeed, the architectural beauty of Le Palais Bulles which so enchanted Pierre Cardin formed the backdrop of numerous fashion photographs. It even played host to more than one Cannes Film Festival after party. 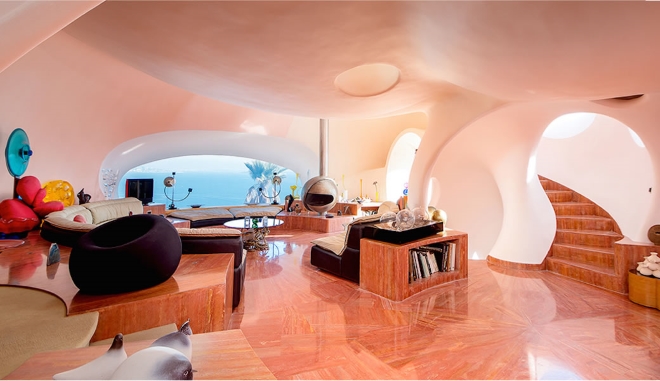 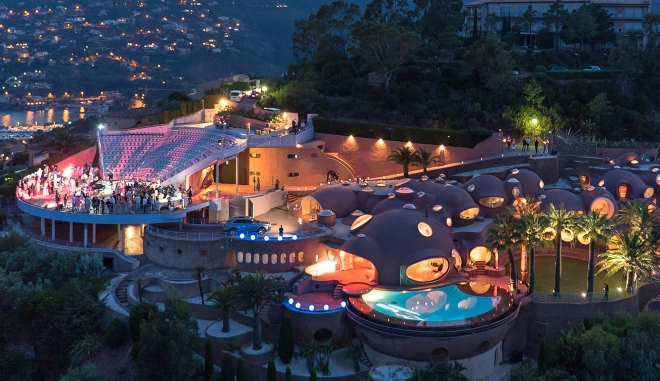 Before his passing last December, the late fashion designer’s Bubble Palace was put up for sale by Christie’s International Real Estate in 2015 but has yet to be sold. While the real estate company says that the price is only available upon inquiry, the value of Le Palais Bulles is estimated to be in the range of $335 million, making it one of the world’s most expensive homes. Following Cardin’s passing, the world’s eyes are currently fixed upon this eccentric piece of property, awaiting news on its next owner.

For more information regarding this property, head over to Christie’s International Real Estate official website here.

All images courtesy of Palais Bulles