A Celebration Of The Beauty In Life And Death

A Celebration Of The Beauty In Life And Death 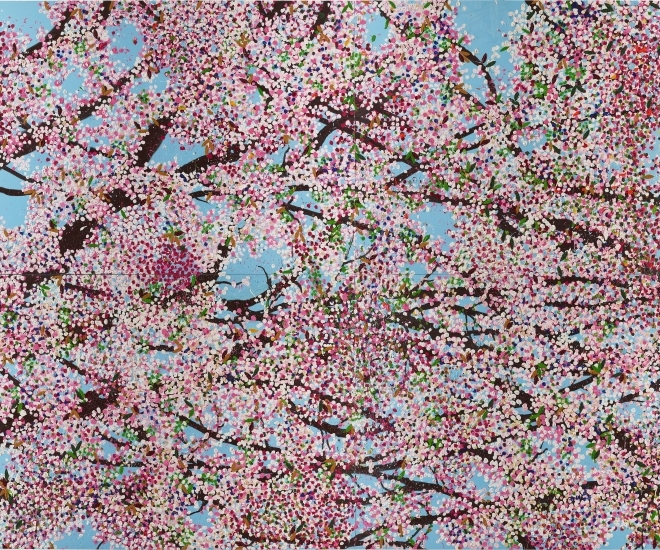 With his latest series of paintings, Damien Hirst reconceptualises traditional landscape painting. Starting on the series in 2017, Hirst dedicated three years to the paintings, finally completing them in November 2020. Even amidst the global pandemic which took a toll on people around the world, Hirst embraced the challenging time and took things in his stride.  “[The pandemic] has given me a lot more time to live with the paintings, and look at them, and make absolutely certain that everything’s finished.” The complete Cherry Blossoms series consists of 107 canvases, presented in various styles.

Damien Hirst first rose to prominence with the Young British Artists (YBAs) shortly after enrolling at Goldsmiths College in London, 1986.  The YBAs were a group of artists from London who were famous for their use of controversial imagery and shock tactics during the 1980s, constantly pushing the boundaries of contemporary art. Their artistic experiments and open approach to the former is often ascribed to Goldsmith College’s Fine Art program which opted for mixed studios rather than segregation of artistic styles.

The Physical Impossibility of Death In The Mind of Someone Living A.K.A. “The Shark”; Image Credit: Courtesy of Damien Hirst and Hirst Holdings/Tate Modern/PA

Some of Hirst’s most symbolic work with the YBAs included his Natural History series, consisting of various animals floating in tanks filled with formaldehyde. The most famous of these is The Physical Impossibility of Death In The Mind of Someone Living (1991), or known simply as, ‘The Shark’.

“I’ve had a romance with painting all my life, even if I avoided it. As a young artist, you react to the context, your situation. In the 1980s, painting wasn’t really the way to go.”

While his early career was largely associated with sculptures, Hirst always maintained a strong fondness for painting. His early paintings were strongly influenced by Abstract Expressionism which he dubbed “paint how you feel”, essentially a raw distillation of one’s emotions onto canvas. In 1986 however, he started work on the Spot Paintings, a series of canvases covered in coloured dots, precisely painted, as though by machine rather than human hands. Today, the series contains over 1000 canvasses of different sizes, grouped into 13 sub-series. 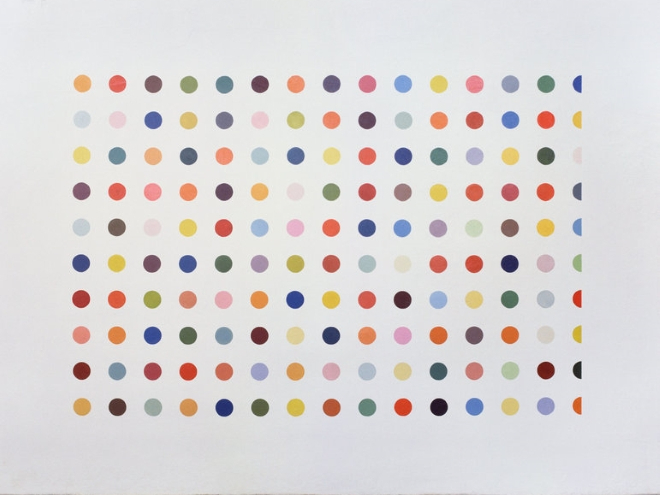 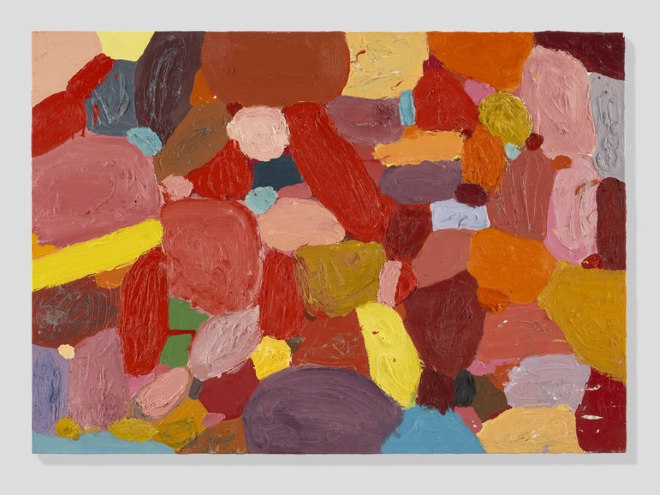 Cherry Blossoms is similar in many ways to Hirst’s recent works. Bright colours, check. Thick brushstrokes, check. The main difference here is that rather than utilising abstract shapes, Hirst’s latest creations take the form of cherry blossom trees. The techniques used are an amalgamation of all his previous works, from the Pointillism of the Veil Paintings to the gestural painting of the Spin Paintings. Hirst seamlessly melds these techniques to create paintings that walk the line between figurative and abstract art, seemingly flitting between the two worlds with every glance.

In his London studio, Hirst worked on several different canvasses simultaneously, going back and forth between them. In his own words, “completely blitzing them from one end to the other”. After three years, one of which was spent during the pandemic, Cherry Blossom comprised 107 different canvasses ranging from single panels to hexaptychs. Each piece bears similar features but encapsulates different emotions and themes. Yet all capture the “insane visual transience of beauty”.

The exhibition at the Fondation Cartier pour l’art contemporain, where Cherry Blossoms is scheduled to be revealed, resulted from an invitation by Hervé Chandès, General Director of the Fondation Cartier. It will be happening from 1 June 2021 till 2 January 2022 and is set to showcase 30 of Hirst’s paintings from the series.